During a tour of a Tampa food production business, he said once the situation is under control, the federal government could be called on to look at all the state's gypsum stacks to make sure there's no threat like this again.

As the federal government, in the form of the EPA, has boots on the ground, he says once the main crisis passes, they should consider what role it can play in monitoring all the gypsum stacks in Florida, of which there are around 35, reportedly half of all nationwide.

"Right now everyone is focused on the immediate crisis. Once it passes, there will certainly be an opportunity to learn from what the EPA saw and also what local authorities tell us they need." 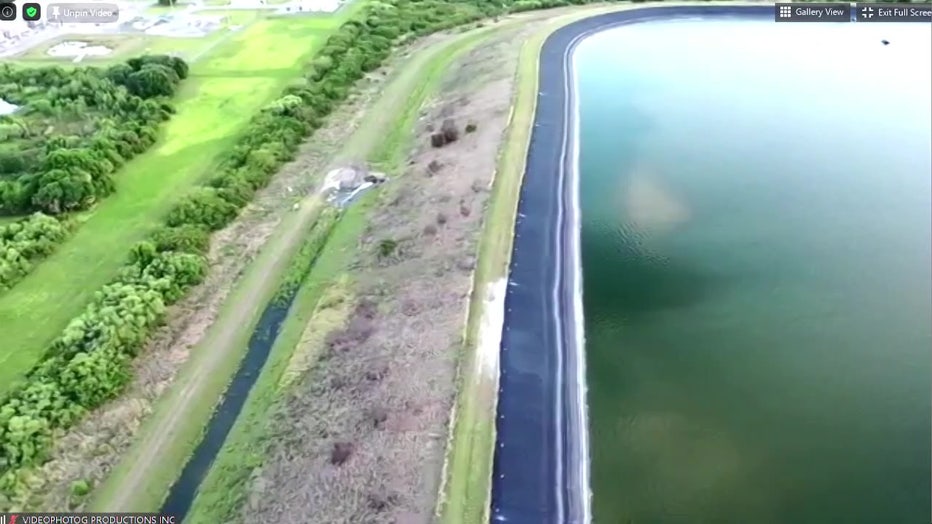 His question, what will be the impact on Tampa Bay?

"Very worried. There is going to be a negative impact. You are putting nutrients, contaminated water, in a sensitive wildlife area, we could see some bad stuff. Algae blooms, fish kills. It's not good."

He shares the relief of many that urgent pumping efforts have relieved pressure on the lining that holds the contaminated water. He did not assign blame, but rather said it was a problem that had no good solution.

"It appears the worst will have been avoided, but they're still will be some negative implications to these releases."

The senator does say he would like to tour the site at some point but won't do so until the immediate crisis passes and there is more time to assess what the government can do to help.