LAKELAND, Fla. - On Thursday, men dressed as Buffalo Soldiers with their horses in period saddles and tack in downtown Lakeland to commemorate the 165th anniversary of Emancipation Day.

They gathered at a plaque on Lake Wire recounting the history of Buffalo Soldiers, an all-Black U.S. Army regiment from Civil War times.

"We hope you will look at this event, in terms of at that time, setting our nation on the right path," said Clifton Lewis, the keynote speaker and area historian.

Emancipation Day, the day when slaves became free men, happened on May 20, 1865, in Florida. President Abraham Lincoln declared slaves were to be given their freedom in 1863, two years earlier. But several states, including Florida, did not comply. 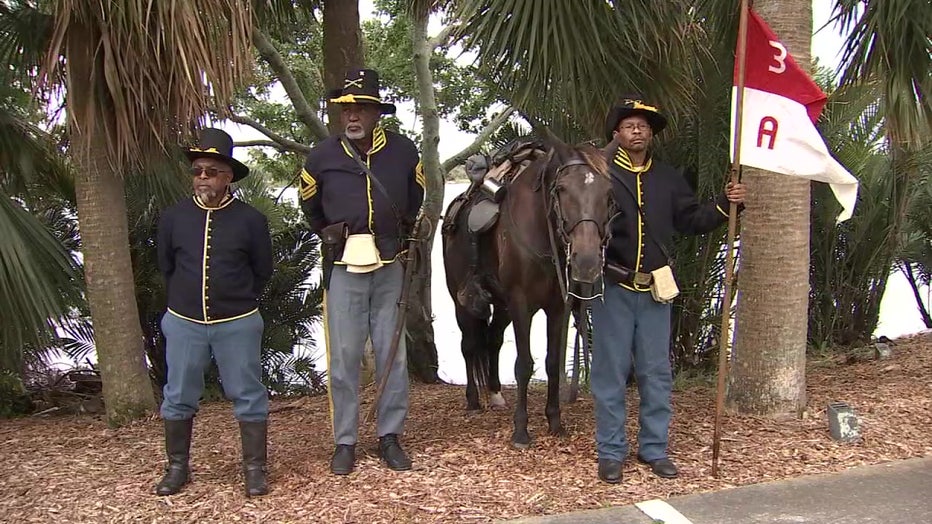 "It is important that people don’t forget how this country came to be," said John Russell one of the reenactors. "So that we can make it better."

On Saturday, the Buffalo Soldiers will be at the L.B. Brown Festival in Bartow. Brown was a freed slave who became one of the most prominent local businessmen of his day.