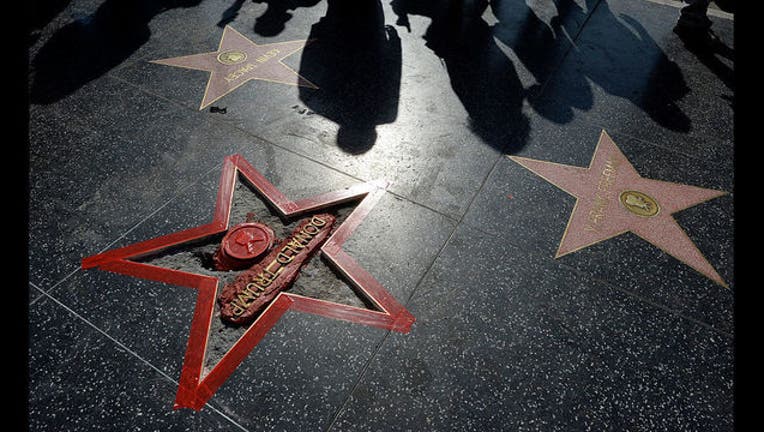 Donald Trump's 'Hollywood Walk Of Fame Star is repaired after it was vandalized October 26, 2016 in Hollywood, California. (Photo by Kevork Djansezian/Getty Images)

An unnamed conservative street artist took credit for the move, according to The Hollywood Reporter, and was behind adhering a number of laminated, vinyl stars to the iconic sidewalk.

It was reportedly done in response to Trump’s actual star getting vandalized last month and a resolution passed earlier this week by the West Hollywood City Council asking to have the president’s star removed.

“Rip up the president's Walk of Fame star or try to have it removed — like you're the mayor of West Hollywood or something — and 30 more will pop up,” the anonymous individual told THR.

Read the full report on FoxNews.com.