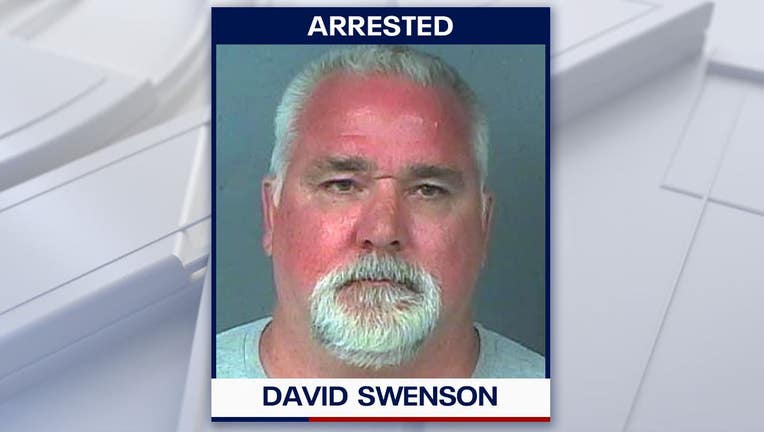 SPRING HILL, Fla. - A sex offender from California who was on the run for 21 years while using a fake name was arrested in Spring Hill, investigators said.

The Hernando County Sheriff's Office said they received information from the National Center from Missing and Exploited Children about an absconded sex offender who was possibly living in the area.

Investigators soon discovered 53-year-old David Swenson had active warrants for his arrest for failing to register as a sex offender in California back in 2000, but California authorities declined to extradite him back to the state to answer for the crime.

Detectives learned that Swenson was using a false identity, going by the name of Kevin Crowley, and living with his wife in the 12000 block of Linden Drive in Spring Hill.

The sheriff's office said Swenson recently used the name Kevin Crowley to obtain a fishing license, while two vehicles, a camper and a boat on his property were all registered to his wife, Kathleen Crowley.

Agency records showed deputies had contact with Swenson one time back in 2009, when responding to a call for service at the home. Swenson, who was found hiding in the attic, gave the false name of Kevin Crowley during the incident. Deputies issued a notice to appear in court, but the case ended up being abandoned due to a pre-trial diversion, the sheriff's office said.

According to the Florida Department of Highway Saety and Motor Vehicles, Swenson never obtained a driver's license or ID card in his own name or in the name of Kevin Crowley, nor did he register in the state of Florida as a sex offender.

When detectives visited the home, Swenson's wife confirmed he lived there but said he was out riding his bicycle in the neighborhood.

Investigators searched the area to no avail until the HCSO aviation unit spotted Sewnson walking on the bike trail near Anderson Snow Park. Detectives then took Swenson into custody.

During an interview with authorities, Swenson said he wanted to "end his time on the run," telling detectives he'd "been on the run for 21 years" from California.

Swenson was charged with failure to register as a sex offender. He is being held without bond.