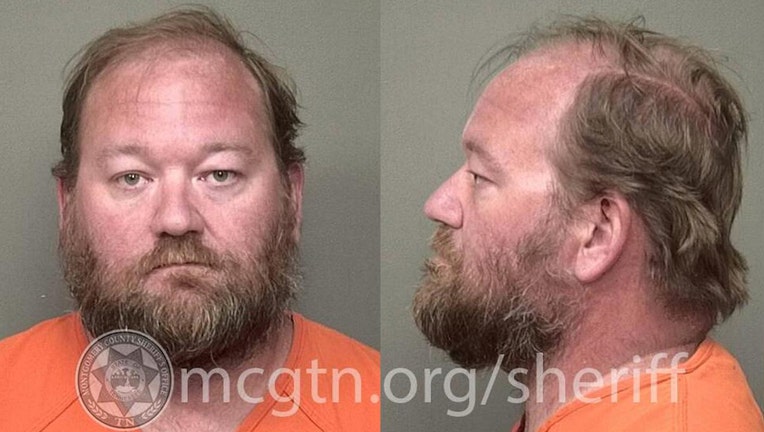 LAKE WALKES, Fla. - A man who was employed as a school nurse at a high school in Tennessee was arrested in Polk County on federal charges related to hundreds of images and videos of girls using the bathroom and undressing.

Special Agent Jonathan Hendrix of the United States Department of Homeland Security filed a detailed report of his investigation into Hensley, which started in November 2019.

It started when Clarksville, TN police got a tip from the Department of Children Services that Hensley sent photos of a nude adult woman to a minor child.

Hendrix said Hensley asked the child if he could take photos of her.

Detectives spoke to Hensley, who was employed as the school nurse at North East High School in Clarksville starting in August 2017, in the nurse's office and asked him to come in for an interview.

During the interview, Hensley said he had a conversation with the child about taking school photos.

Hensley agreed to allow investigators to search his phone, where they found a folder labeled "decoy folder" where there appeared to be several photos of naked or partially naked minors.

Detectives got a search warrant for Hensley’s home, where they found electronic devices, including a "covert camera." Forensic specialists later found more folders with photos on Hensley’s phone labeled NEHS, which they believe stands for North East High School, and the images were labeled with what appeared to be students’ names.

All of the images showed minor students either fully or partially nude.

None of them knew they had been corresponding with Hensley, according to Special Agent Hendrix.

Meanwhile, forensics teams combed through a hard drive seized from Hensley. They found "an enormous amount of imagery" depicting what appeared to be unidentified postpubescent minor females photographed by a hidden camera. Some of the photos appeared to be in a bathroom stall, facing a toilet. Others showed unidentified postpubescent females in hospital examination rooms, pre-operation or post-operation rooms, and nude females in tanning beds. All of these females were seemingly filmed without their knowledge, investigators said.

Investigators are still sorting through some 500,000 images and videos on the hard drive. So far, hundreds of files have been identified as possible child pornography.

Hensley was terminated from NEHS on November 8, 2019, as a result of the CPD investigation. It was unclear if he was employed in Lake Wales before his arrest.

Before his employment at NEHS, Hensley worked as a nurse at Tennova Hospital and Healthcare in Clarksville, TN, where several of the photos were geo-located to have been taken.