Chicago - Who needs just a week of shark-themed programming when you can have a whole month?

This August, Tubi is bringing back Shark Month: Bitefest, a month-long "feeding frenzy" of shark-themed programming. That includes two brand new Tubi Originals — "Shark Bait" and the delightfully titled "Shark Side of the Moon" — plus more than 70 films, all streaming for free. In other words: You’re gonna need a bigger boat for all this shark-tainment.

Indeed, all four installments of the "Jaws" franchise will be streaming on the FOX-owned streaming service in August. There will also be educational shark documentaries, like "Gordon Ramsay: Shark Bait," as well as shark-themed thrillers, like, say, "Sharktopus vs. Pteracuda," featuring Conan O’Brien, "Dark Waters," starring Lorenzo Lamas and the Tubi Original "Swim," starring Joey Lawrence.

Bitefest kicks off in style on Aug. 1, with the new Tubi Original film "Shark Bait." The survival thriller follows a group of friends who decide to steal a couple of jet skis while enjoying a weekend away. But when they end up stranded at sea after a horrific head-on collision, they must find a way to get home, all while hungry predators lurk in the water beneath them.

Bitefest then takes things to a whole new level with "Shark Side of the Moon" on Aug. 12. The sci-fi thriller comes from the maestros of low-budget filmmaking at The Asylum, the film company that previously created the cult-classic "Sharknado" franchise. The loopy-looking film opens during the Cold War, where the USSR have developed hyper-aggressive humanoid sharks. Unable to kill them, the USSR military scientists do the next best thing: Launch them to the Moon, of course.

The rest of the film is set during the present day, as the first team of American astronauts on the Moon in decades must repair a module found on the dark side of the moon — all while fending off those "unkillable Russian moon sharks."

You can check out a list of Shark Month: Bitefest titles below, all of which will be streaming for free on Tubi in August. 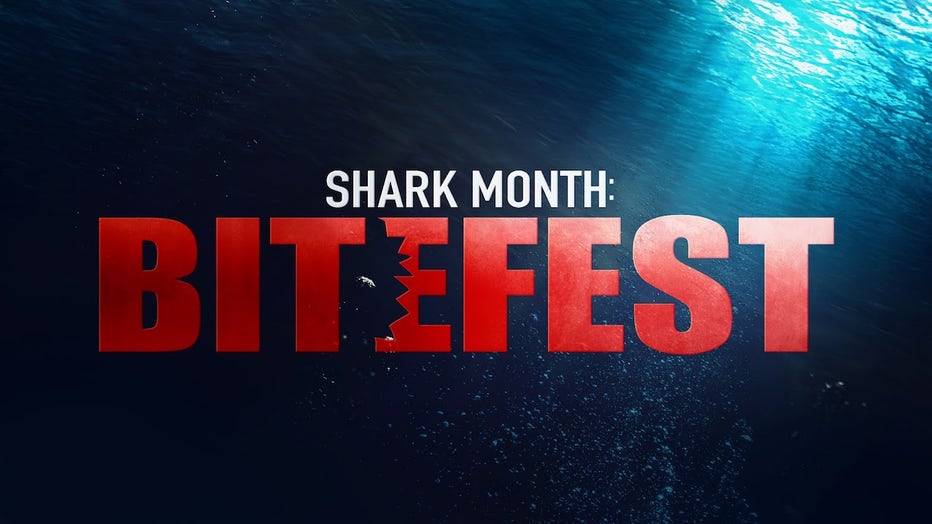