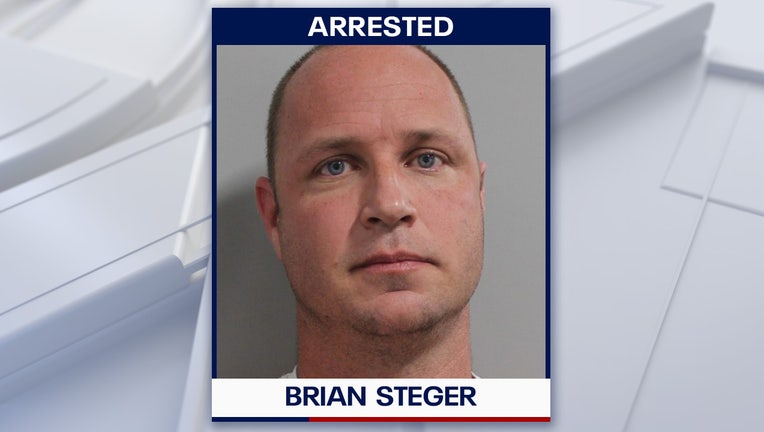 LAKE WALES, Fla. - A Polk County firefighter is out of a job and behind bars after investigators arrested him for multiple counts of possession of child pornography at his fire station.

The Polk County Sheriff's Office said they received a tip from the National Center for Missing and Exploited Children about child pornography being downloaded at Polk County Fire Station No. 26 in Lake Wales. Around 9 p.m. Sunday, detectives went to the fire station to investigate.

Polk County Fire Rescue Captain Brian Steger, 40, was on duty, and told detectives he had set up an internet account in his name at the station for his personal use.

When investigators located Steger's personal computer, they found it was actively downloading pornography files. An on-scene preview of his electronic devices uncovered 25 files of child pornography, depicting children as young as 5 years old being sexually battered, the sheriff's office said.

All of Steger's devices were seized and will be examined. If any additional files containing child pornography are discovered, he will face additional charges.

"One of the most important kinds of investigations we do is identifying those who are distributing child pornography. Those who download, view, and exchange these terrible images and videos fuel the market for exploitative images that are dependent upon the continued and ongoing sexual abuse of children," Sheriff Grady Judd said in a statement. "The fact that the person we arrested is a public servant is especially troubling; we will make sure he is held accountable for his actions."

The sheriff's office said Steger resigned from his position at Polk County Fire Rescue in lieu of termination. He had worked as a firefighter for the county since 2003.

Steger is currently in the Polk County Jail and is being held without bond.

According to the sheriff's office, child pornography is designated as "enhanced" when it meets one of the following criteria: