WINTER HAVEN, Fla. - Three years after someone shot and killed a sleeping Polk County man, police still haven't identified a suspect or made any arrests. The victim's family holds out hope someone will have the courage to come forward with information.

Darnell Powell was only 21 years old when his life was cut short by a bullet that pierced through his bedroom window at 4:26 a.m. September 29, 2018. 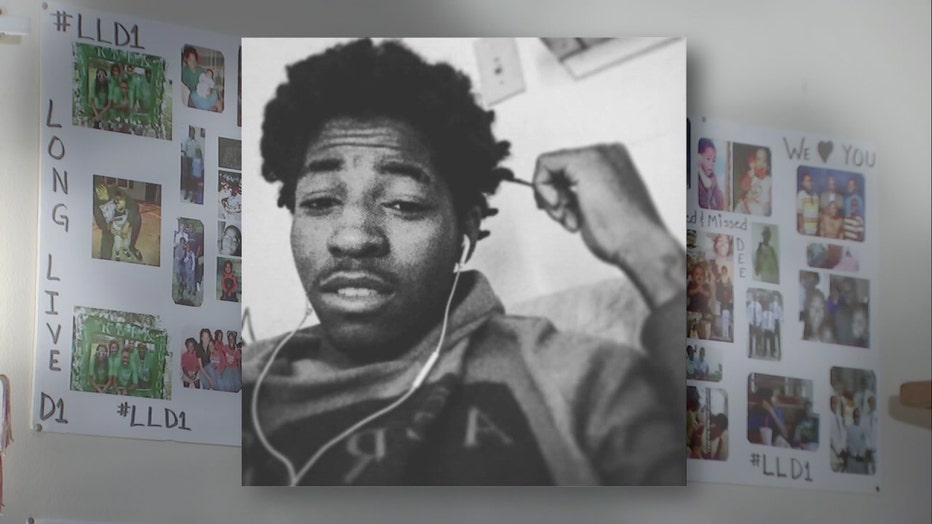 The Winter Haven Police Department continues to investigate the case but investigators say they need someone to come forward with new leads.

"It’s tough, very very tough, the biggest thing is just not having any justice for him," said Darnya Barber, Darnell’s mother. "It doesn’t help, it’s like we don’t have any closure."

Family and friends of Darnell Powell gathered in front of the Winter Haven Police Department on the two year anniversary of his death Tuesday, carrying signs that said Justice for Dee.

PREVIOUS: No arrests made two years after shooting death of Winter Haven man

Barber says she’s confident someone knows something, they just need to come forward with information.

"We’re still getting tips. I’m thankful to everyone for the calls, people still call, it’s still an active murder investigation, because of that, just, the right tip hasn’t come in yet to lead to an arrest," said Barber.

A $5,000 reward is being offered for anyone who provides information that could lead to an arrest.

If you wish to remain anonymous and be eligible for a cash reward, contact Heartland Crime Stoppers by calling 1-800-226 TIPS (8477) or visit heartlandcrimestoppers.com to submit a tip online.