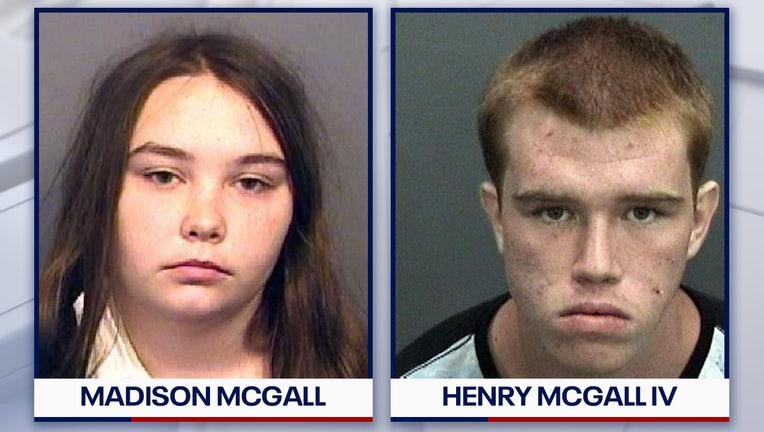 VALRICO, Fla. - Deputies in Hillsborough County say a teenage brother-and-sister pair is responsible for a murder in the Valrico area Wednesday night, the result of a drug deal.

According to the sheriff’s office, the unnamed murder victim had driven to Fontana Place for a drug transaction with Henry McGall IV and Henry’s younger sister Madison.  The victim stayed in the car while negotiating with 15-year-old Madison until a deal was reached.

That’s when, a witness told deputies, Madison tried to rob the victim. Moments later, 18-year-old Henry walked up to the driver's side of the vehicle, raised a handgun, and fired a shot into the car, hitting the victim.

The wounded victim tried to drive to the hospital, but had to switch out with someone else in the car. By the time they arrived at Brandon Regional Hospital, the victim had died.

Henry and Madison McGall have been arrested on charges of first-degree murder.