TAMPA, Fla. - Basketball is what attracts kids to Skills Center, but before they know it, they’re thinking of their next moves and many options in their lives.

"I think I would like to be a coach, but on the side, be a doctor," smiles 11-year-old Colin Forde, who started at the center in the third grade.

For him, Skills Center goes past basketball.

There have been so many kids like Colin since the program started in 2007, that Skills Center broke ground Tuesday for a new 55,000-square-foot facility at 22nd Street and Wilder in East Tampa. 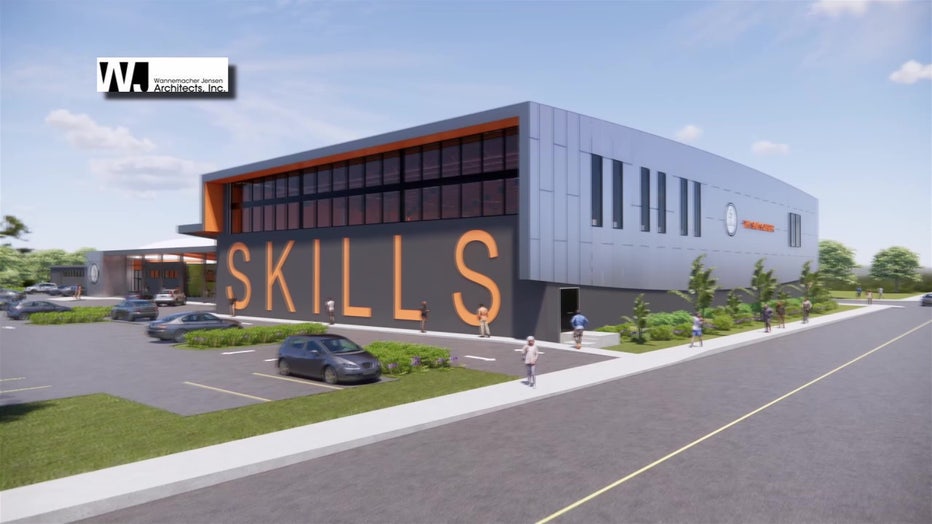 "That is our goal and our drive to know that we can help young people to succeed," says Celeste Roberts, the program’s founder "And it really is on us to be able to offer this to more people."

That’s exactly what the new building, called Skills Center Collaborative, will allow them to do. There will be more basketball courts, but also more space for academics, tutoring, after-school programs, mentoring, job training, and even a nutrition program. Roberts says they can help change the future for young people, particularly those from low-income families.

She says the new Skills Center Collaborative will also bring new jobs and a $25 million economic impact to East Tampa, which is sometimes overlooked by developers, visitors, and, at times, even government leaders.

The project is funded from a variety of private, philanthropic, and government sources, including the Vinik Family Foundation, Bloomin’ Brands, and the Toronto Raptors. It’s scheduled to open in the Fall of 2022.