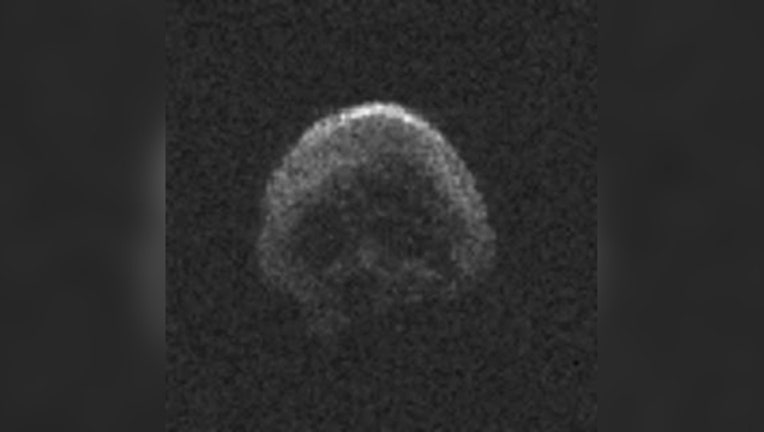 A dead comet that eerily looks like a skull will race past earth on Halloween morning.

NASA funded scientists saw asteroid 2015 TB145 from an observatory in Hawaii, with other scientists from around the world reporting it too. Originally, scientists thought the large asteroid might be dangerous because of how close it is to Earth. Now that they've tracked it, they've determined despite its look, it's not threatening.

Those with small telescopes may be able to see the comet race by on Halloween at about 1 p.m. EST. The skull comet will only come within 302,000 miles of Earth.