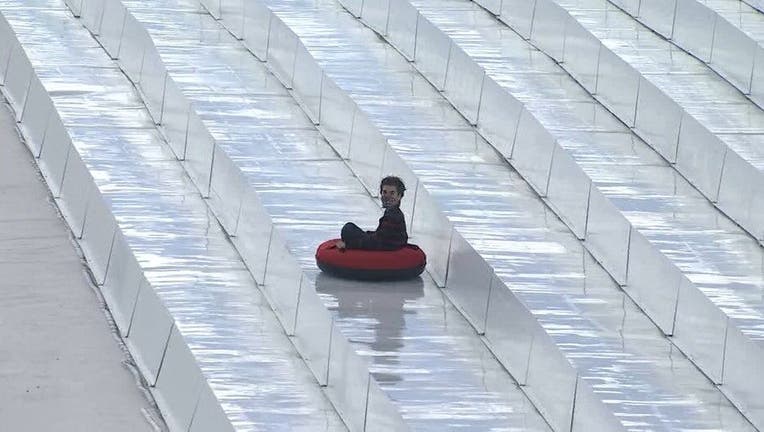 Florida's first-ever snow park was scheduled to reopen for the third year in a row on Friday, November 11, officials with the park said. The opening will now be delayed until Wednesday, November 16.

The park will issue refunds for all pre-purchased tickets for November 11-13, according to Snowcat Ridge officials.

Tropical Storm Nicole is expected to strengthen into a Category 1 hurricane before it makes landfall in Florida. Much of the state's Gulf Coast, including the Tampa Bay area, is now under a Tropical Storm Watch in preparation for the storm.

The Florida snow park claims to be the state's first and only alpine snow park with "real" snow. It features a 60-foot tall, 400-foot-long snow tubing hill. Riders can tube down the hill in either a single, double, or family-sized tube at speeds that can hit almost 30 miles an hour.