LOS ANGELES - The ladybug was sent flying on Wednesday night’s episode of “The Masked Singer,” revealing yet another celebrity competitor hiding behind the costume.

Ladybug spread her wings, performing alongside fox, flower, tree and rottweiler on the episode, and sang “Youngblood” by 5 Seconds of Summer.

“You are the Lady Gaga of ladybugs tonight,” McCarthy said.

“For years, I convinced myself that I just wasn’t good enough, whether in my career, in my relationships or of course in my family,” Ladybug hinted. “I let my insecurities get in my way.”

Guesses by the panelists included Lily Collins, Paris Jackson, Lindsay Lohan and even Jamie Lynn Spears. Ultimately, the ladybug was revealed to be none other than fashion designer and television host Kelly Osbourne.

“I came on this show to overcome a fear of being in front of a camera again,” Osbourne said. “And working again, because I took so much time off to get my life together.”

The 35-year-old daughter of Ozzy and Sharon Osbourne said she hates “being anonymous.”

“All my friends are mad at me because I’ve had to pretty much lie to them about where I come everyday and what I’ve been doing and why I’m having singing lessons,” Osbourne shared. 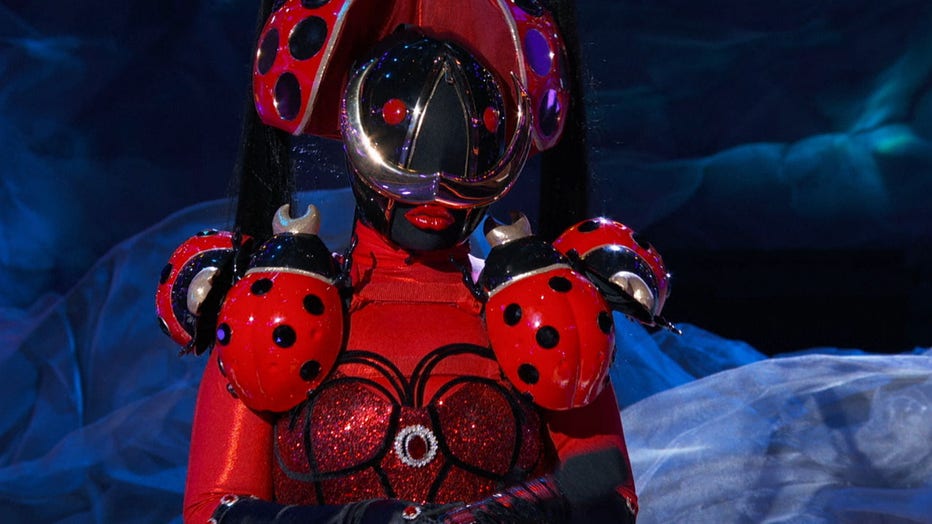 The ladybug is shown during season 2, episode 7 of FOX’s “The Masked Singer.” (Photo credit: FOX)

But Osbourne said she would miss being the ladybug.

“You have to go up there and become a character that’s so foreign to you,” she said. “And if you can throw yourself into it, what you learn about yourself and what you realize, all of these things that you thought you needed to be you, you don’t really need.”

Tune in to find out who gets unmasked on the next episode of “The Masked Singer" Wednesdays at 8 p.m. ET/PT on FOX.