It may have looked like a holiday weekend, it's the first weekend since beaches re-opened and people packed the sand from Clearwater to St. Pete.

ST. PETERSBURG, Fla. - Beach-goers took to the sand Saturday on newly reopened beaches in Pinellas County, but this time around, law enforcement officers were stationed at beaches from Clearwater to St. Pete to make sure people follow the social distancing guidelines. 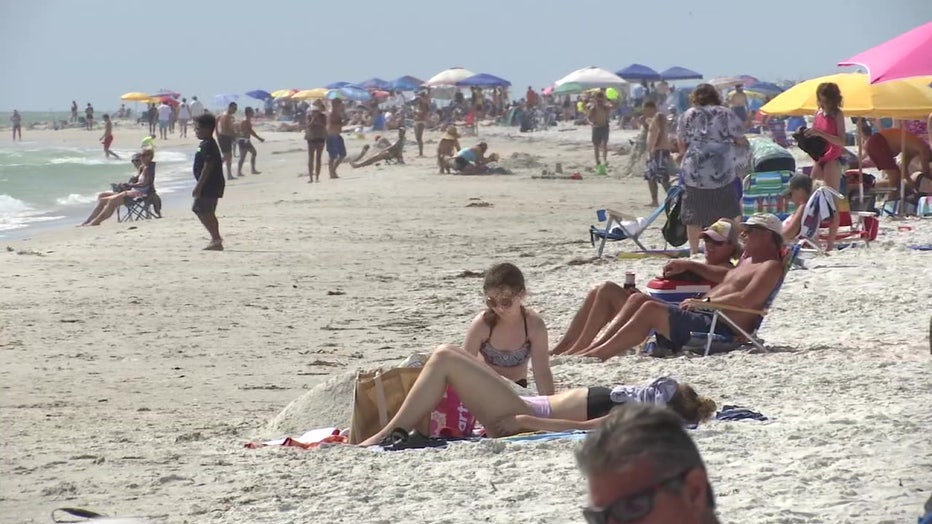 While it may look like it, it's not yet Memorial Day weekend, but it's a weekend that is sure to be memorable.

It's the first weekend beaches have been open since mid-March and this time there's a heavy presence of deputies both in the parking lots and on the beach. 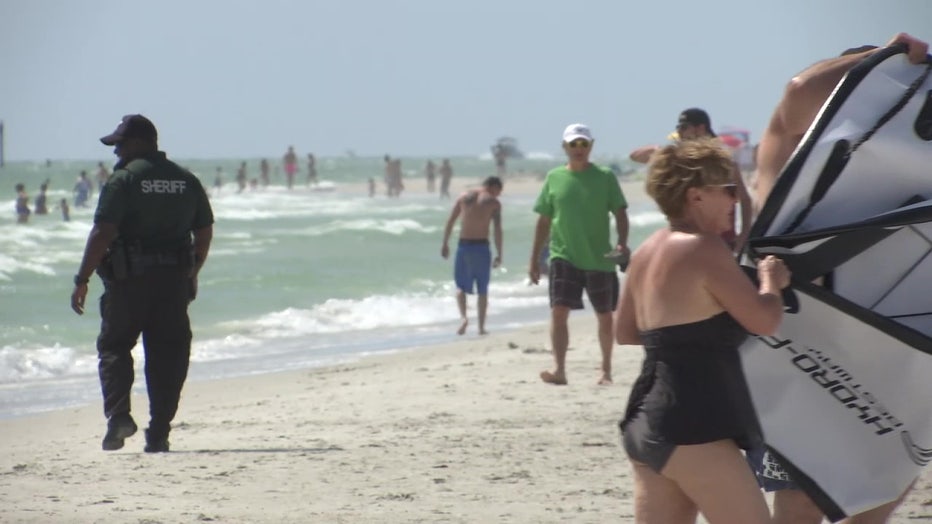 Law enforcement is using all resources to monitor the beaches and make sure people are social distancing and not in groups of 10 or more.

The county is also reminding people of the new rules using signs posted in the parking lots and on the sand.

"When you go to the beach you don't want to sit next to the person you don't know anyway so, in general, I think everyone does that all the time," Venice resident Mike Ryzner said. 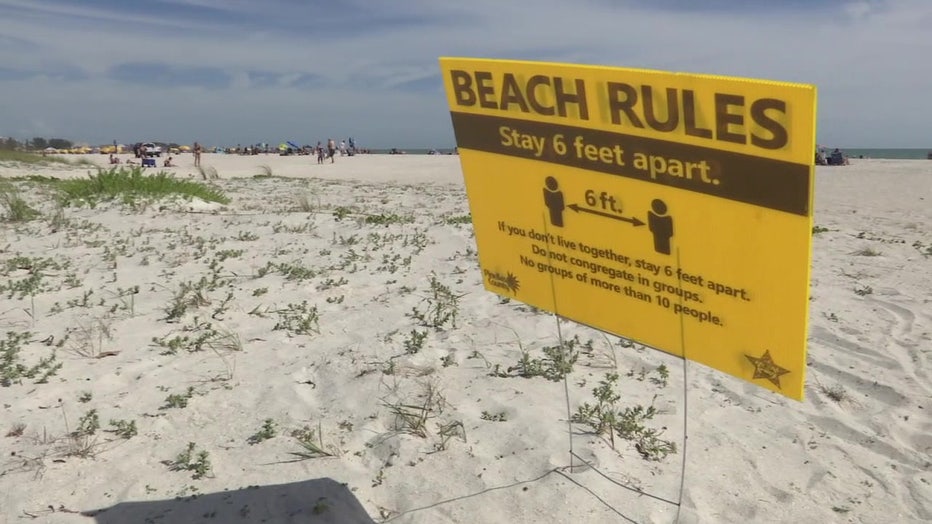 Near Fort De Soto Beach, traffic could be seen backed up for miles. It was a similar story in Treasure Island where cars could be seen bumper-to-bumper at times.

At times, the parking lots were full forcing deputies to turn people away.

Some people we spoke with say they felt it was time for the beaches to reopen.

"It's nice that we get this exercise and to not be so isolated because that can really depress some people," Lakeland resident Vanessa Lopez said. 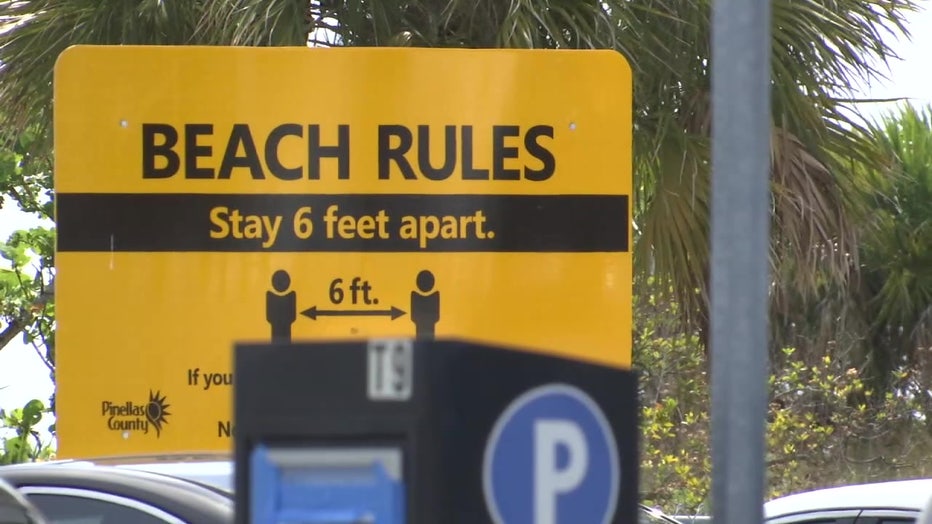 From what we saw and from what we heard from deputies, people seemed to maintain the six feet of social distance. It's a rule  Ryzner said should not be hard for people to follow.

"They are keeping their distance from people and that's perfectly fine and that's what the government wants you to do is just keep your distance," Ryzner said.