"Basically it’s a group of people coming together to buy at a better price. Instead of one person buying solar, you’ve got ten people buying solar," said Sweetwater farm owner Chris Kenrick. "You’re going to get a bulk price."

Kenrick had solar panels installed at his farm’s café last December. He said the panels cost about $25,000 and thus far, he’s received credits on his electric bill.

"This last month was a $42 credit – I’m sure it won’t be like that every month, but we’re hoping to be at zero on an annual basis," he said. 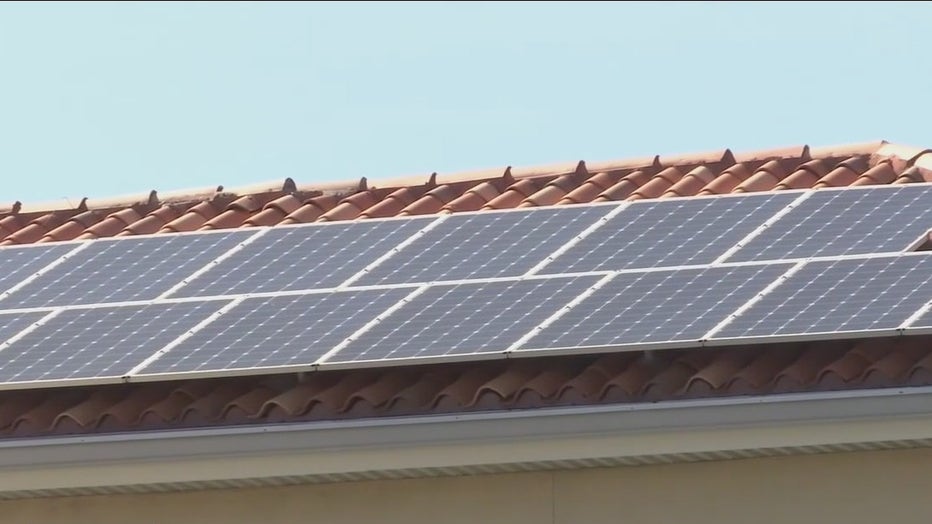 Thursday’s announcement comes one day after Governor Ron DeSantis vetoed a bill that would have cut credits like these – right now, any excess electricity a homeowner has is sold back to the company at a 1 to 1 ratio – under the bill, the homeowner would only receive 25 cents on the dollar.

"This victory is a win for the whole Sunshine State," said Julia Herbst with Solar United Neighbors. "It would have pushed the ability to afford solar, and to capture that financial return on investment."

Joining this co-op, they said, doesn’t obligate members to install panels, but Kenrick said it’s a gateway to savings.

"It’s always good when you see that bill and have a lower cost that I have got to pay out, and you’re really a partner with the energy company," Kenrick said.

Hillsborough County Commissioner Pat Kemp was also at the event – she said over the last few years, the county has allocated several million dollars to install solar panels county-wide. At the end of 2022, it will have completed panels at 10 libraries, six parks, the Boys and Girls Club and the Pet Resource Center.