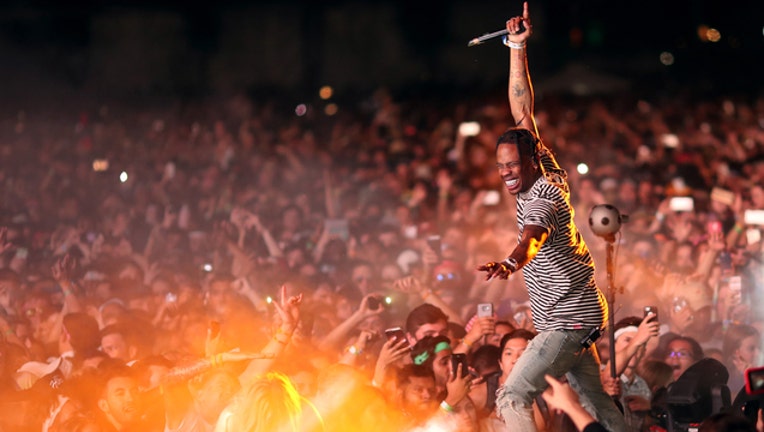 INDIO, CA - APRIL 14: Rapper Travis Scott performs on the Outdoor Stage during day 1 of the Coachella Valley Music And Arts Festival (Weekend 1) at the Empire Polo Club on April 14, 2017 in Indio, California. (Photo by Christopher Polk)

TAMPA, Fla. (FOX 13) - The Travis Scott concert, which was sold out at Amalie Arena Monday night, has been postponed due to production issues, according to Amalie Arena.

Along with the Tampa show, Scott's "Astroworld: Wish You Were Here" tour is being postponed in Hartford, Cleveland, and Milwaukee, which have dates in November and December.

Amalie Arena says the dates will be rescheduled soon as part of Leg 2 of the tour.

If guests cannot attend the future date, refunds will be available at the point of purchase, Amalie Arena said.