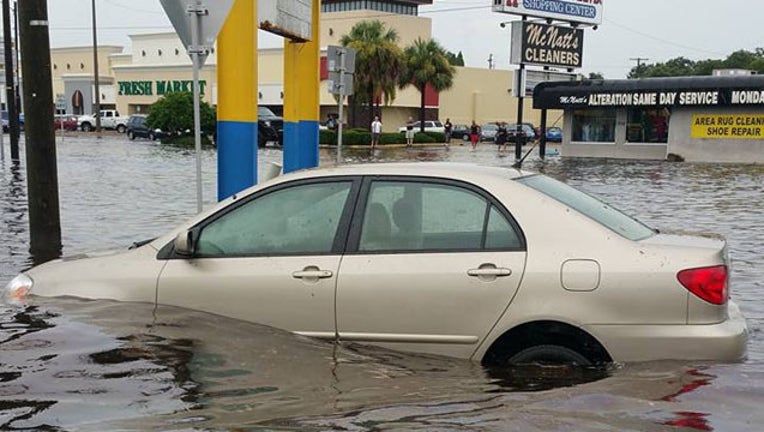 Mayor Bob Buckhorn says Tampa will face big problems from the flooding even after the water recedes.

Right now the city’s wastewater system is pumping more than three times the amount of water it normally pumps in a day – 190 million gallons instead of 60 million.

The stormwater system itself is old, which means leaks and cracks will likely show up over the next few months, Buckhorn said.

The city is also bracing for stormwater cave-ins from loose soil collapsing in on itself, as well as worsening potholes.

“Just when we thought we had gotten ahead of the pothole problem, this water really does undermine the asphalt, causes the depressions to occur and exacerbates the problem,” Buckhorn said.

Some parts of Tampa’s stormwater system are 100 years old. Buckhorn has asked city council to approve a $200 million dollar stormwater fee increase that would go toward upgrades.

He says addressing all the problems in the aging pipe infrastructure would cost close to a billion dollars.