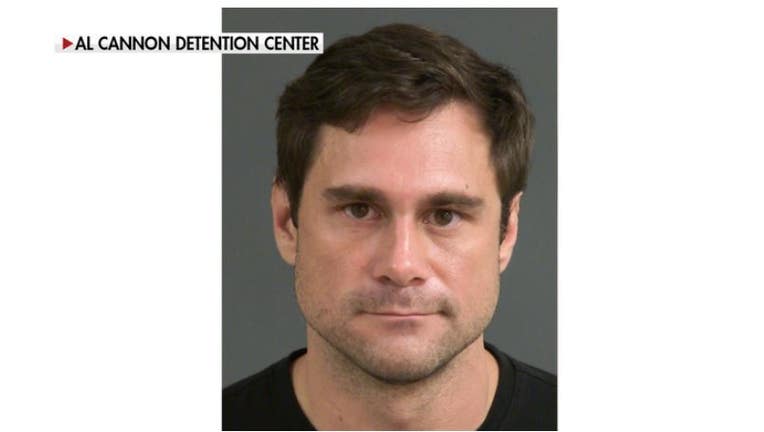 Mugshot of Joseph Oberlies, who has been charged with burglary and desecrating human remains. (Al Cannon Detention Center)

A 33-year-old South Carolina man out on bond told officers he was "black-out drunk" when he broke into his ex-girlfriend's home and dumped the ashes of her deceased child into the trash, according to a police report.

Joseph Oberlies was charged with first-degree burglary and destruction of human remains upon being booked into the Al Cannon Detention Center in North Charleston, South Carolina, last Thursday morning, according to local ABC News 4. He was released on $60,000 bond later that evening.

Officers had responded Monday to a report of a home break-in that allegedly took place two days prior.

Oberlies was reportedly recorded at 3 a.m. Saturday by a security camera as he approached the door of his ex-girlfriend's house, entered the security code and went into the home, according to the report. He was taped leaving the residence minutes later and returned shortly after 4 a.m., not leaving again until 7:52 a.m.

The female victim dated Oberlies for several months earlier in 2022, the report said, and trespassed him from her property on Aug. 23. She claimed to police that she was not at home when Oberlies broke into it, but that in addition to taking a hammer to her flat-screen TV, he also dumped the ashes of the child she had with her ex-husband into the garbage.

The report added that the victim noted Oberlies could not have known she and her children would not be at home when he broke in, which made her frightened to think of what he would have done if they had been.

Oberlies had been out on bond for an earlier arrest on Aug. 5, when he was charged with first-degree assault and battery, according to jail records. For that offense, he allegedly broke into the house of one of his exes and stabbed her.

Oberlies initially claimed he was not in the area when the latest break-in occurred, but later told police he was "black-out drunk" and was unable to remember the incident.