TAMPA, Fla. - As Tropical Storm Eta weakens to a tropical depression, it continues to cause heavy rainfall and flooding in Central America. In the coming days, the storm -- or whatever is left of it -- could make a loop and head back into the Caribbean, and then, maybe move over Florida.

Much of Florida is inside Eta's cone of uncertainty, as of the National Hurricane Center's Wednesday update. NHC forecasters say those residing in South Florida and the Keys should monitor Eta's progress.

If there are any impacts to Tampa Bay, it wouldn't be until Monday or Tuesday of next week, says FOX 13's Chief Meteoologist Paul Dellegato.

The slow-moving storm has weakened, but the main threat continues to be rainfall over Central Florida. After, the question remains: Where will Eta go?

Eventually, it will venture back out to the western Caribbean, explained FOX 13 Meteorologist Dave Osterberg.

"Herein lies the big problem. Does it have a nice core structure still when that happens or is it disorganized completely? Where does it come back out over the western Caribbean?," he asked. "Once we can answer these couple of questions, then you can determine, from there, where the remnants or perhaps a reorganization can occur and where it goes." 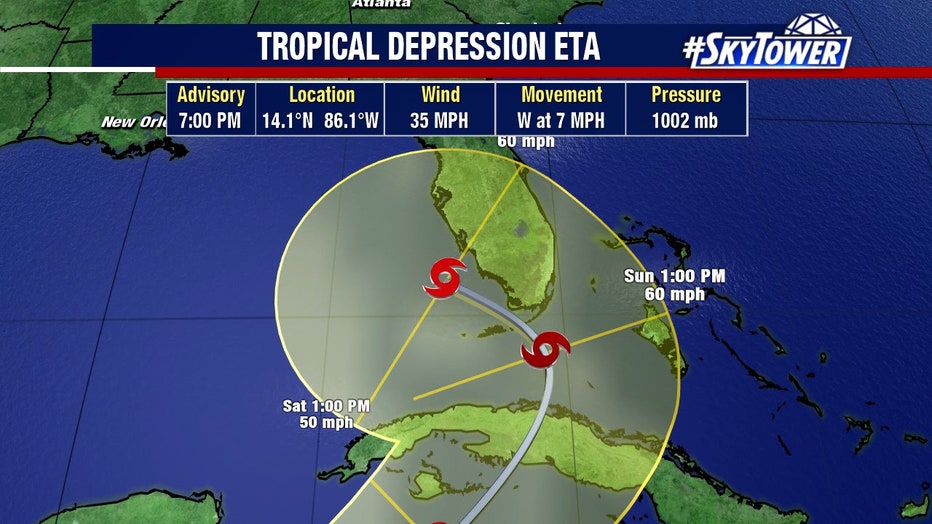 If it does take the projected path provided by the NHC, it could head up to South Florida as a tropical storm.

"But it can also mean a lot of rain for central and South Florida as well late weekend and into early next week," Osterberg said. "I promise you that is not set in stone and that could change. So stay with us." 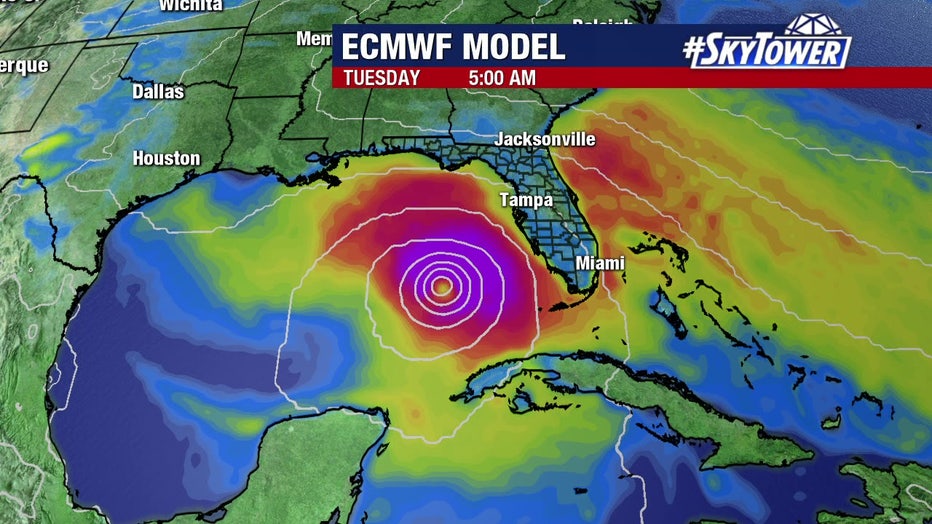 On Wednesday, Eta continued to spin across northern Nicaragua after lashing the country’s Caribbean coast for much of Tuesday, isolating already remote communities and setting off deadly landslides in two countries that killed at least three people.

The storm had weakened by late Tuesday, but was moving so slowly and dumping so much rain that much of Central America was on high alert. 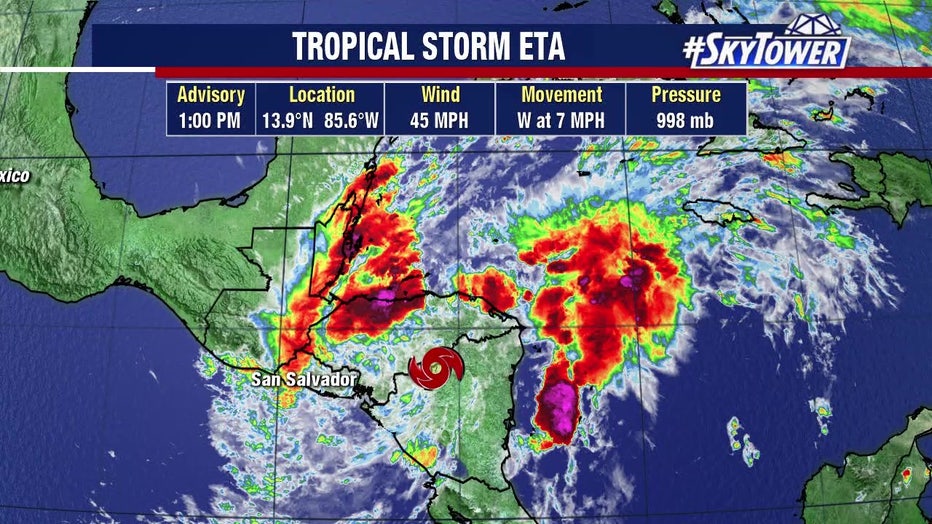 Eta came ashore Tuesday afternoon south of the Nicaraguan city of Bilwi as a powerful Category 4 hurricane after stalling just off the coast for hours. The city of about 60,000 had been without power since Monday evening. Corrugated metal roofing and uprooted trees were scattered through its streets. Some 20,000 of the area’s residents were in shelters.

It is the eighth Atlantic storm this season to hit the meteorologists’ definition for rapid intensification — a gain of 35 mph (56 kph) in wind speed in just 24 hours. It’s also the fifth to reach major hurricane status. Over the past couple of decades, meteorologists have been increasingly worried about storms that just blow up in strength. 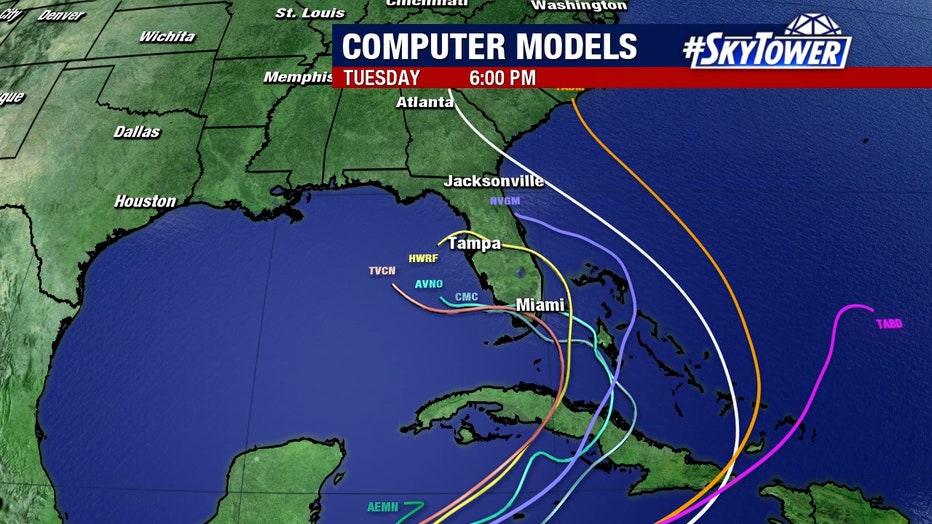 Eta is the 28th named Atlantic storm this season, tying the 2005 record for named storms. It’s the first time the Greek letter Eta has been used as a storm name because after the 2005 season ended, meteorologists went back and determined a storm that should have been named wasn’t.

Hurricane season still has a month to go, ending Nov. 30. In 2005, Zeta formed toward the end of December.