Sarasota police have arrested two women who they say live-streamed themselves while they pretended to be officers and pulled over a vehicle, threatening to shoot the driver and passengers.

Detectives say 28-year-old Jymieka McDowell and 39-year-old Ryshawnna Poole stopped a car Sunday morning, pretending to be law enforcement officers. Detectives believe this has happened before and are asking any other potential victims to come forward.

According to the Sarasota Police Department, officers responded to the 1200 block of 31st Street for a suspicious incident shortly before 1 a.m. Sunday. The caller told officers they heard what they believed to be a Sarasota police officer in distress.

RELATED: Middle school teacher accused of traveling from New York to Tampa for sex with minor he met online

Police did not find an officer in distress, but while searching the area, they found a vehicle attempting to stop another vehicle near Cocoanut and Dr. Martin Luther King, Jr. Way. The vehicle had red and blue lights in the windshield and a siren.

The fake traffic stop was streamed live on social media, according to the Sarasota Police Department. Police say in the video, McDowell and Poole were claiming to be law enforcement officers, made threatening and derogatory statements to the driver and passengers of a vehicle they had stopped. The victims in the vehicle that had stopped do not know McDowell or Poole, according to officers. 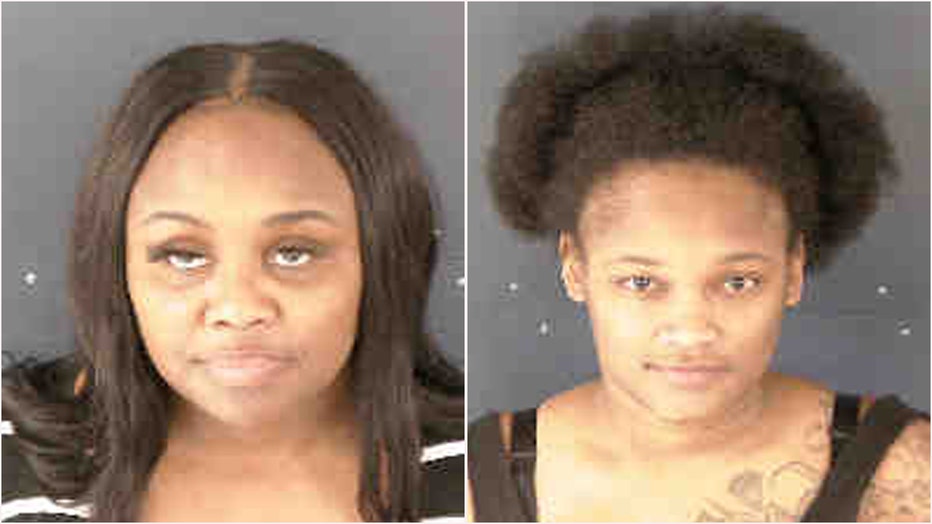 The video shows red and blue lights flashing and a siren being used. Police say McDowell and Poole are heard saying, "Driver, exit the vehicle, Put your ******* hands up driver. I need everyone to exit the ******* car. Do not make a move. Black lives don’t ******* matter. Anybody move and I will shoot."

RELATED: Florida teen gets 45 years for killing mom during fight over grades

"This wasn’t Sarasota Police officers pulling over a car," said Sarasota Police Chief Bernadette DiPino. "These were people who were pretending to be law enforcement officers and putting fear into innocent victims and residents of our community. If you ever suspect if someone is pulling you over that you feel isn’t a law enforcement officer, call 911 to validate the traffic stop.

Sarasota police are asking anyone with information on this case or who was stopped by these individuals, to call the Sarasota Police Department criminal investigations division at 941-263-6070.