ST. LOUIS, MO. - A man in St. Louis was dragged and killed by a FedEx truck early Saturday following hours of violent demonstrations that rocked the city.

Protesters blocked off a downtown street with their cars and were seen setting something in the road on fire when the truck approached.

A video taken by bystander Jared Arms shows protesters banging on the semi-truck and telling the driver to back up, KMOV4 reported.

There were also social media posts that seemed to show people attempting to take packages out of the truck though that has not been independently verified by Fox News.

According to the video shot by Arms, an unidentified man who was seen standing between the truck's two trailers was dragged by the truck moments later. The truck then drove from the interstate ramp to North Broadway and Cass where police arrived to investigate the incident.

A call to FedEx for comment was not immediately returned. 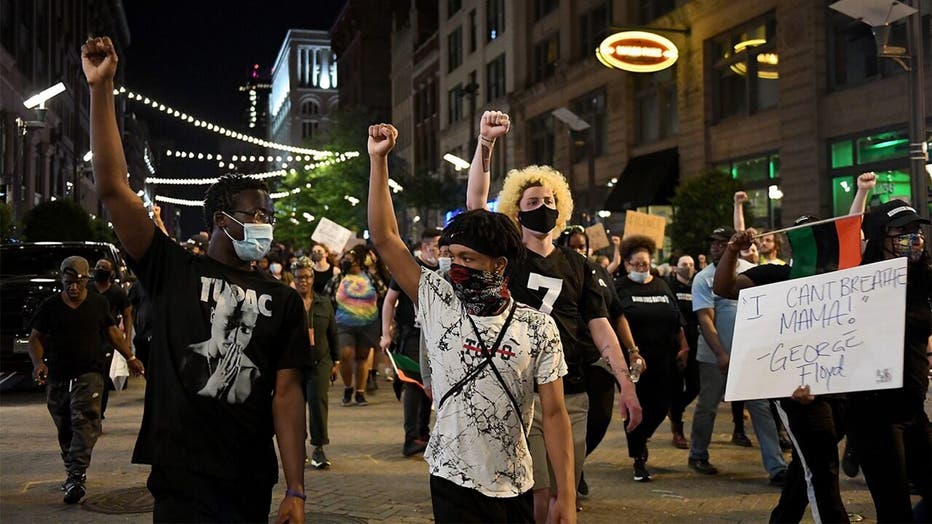 ST LOUIS, MO - MAY 29: Protesters rally as they march through the streets on May 29, 2020 in St Louis, Missouri. (Photo by Michael B. Thomas/Getty Images)

Demonstrators in St. Louis, like in a dozen other U.S. cities, marched, stopped traffic and in some cases lashed out violently at the police and National Guard to protest the killing of George Floyd, an unarmed black man who was killed by police in Minneapolis on Monday. Derick Chauvin, a white police officer, pressed his knee into Floyd's neck for about eight minutes as the man begged for his life before going limp.

AT TRUMP REQUEST, PENTAGON PUTS MILITARY POLICE ON ALERT TO GO TO MINNEAPOLIS

The incident was caught on tape and Minneapolis officials announced murder and manslaughter charges against Chauvin, who has been fired. Three other officers involved in the incident have also been fired and are likely to face charges.

The city's mayor and the state's governor have pleaded with people to protest peacefully -- which occurred on the first night but has since escalated into rioting and looting. 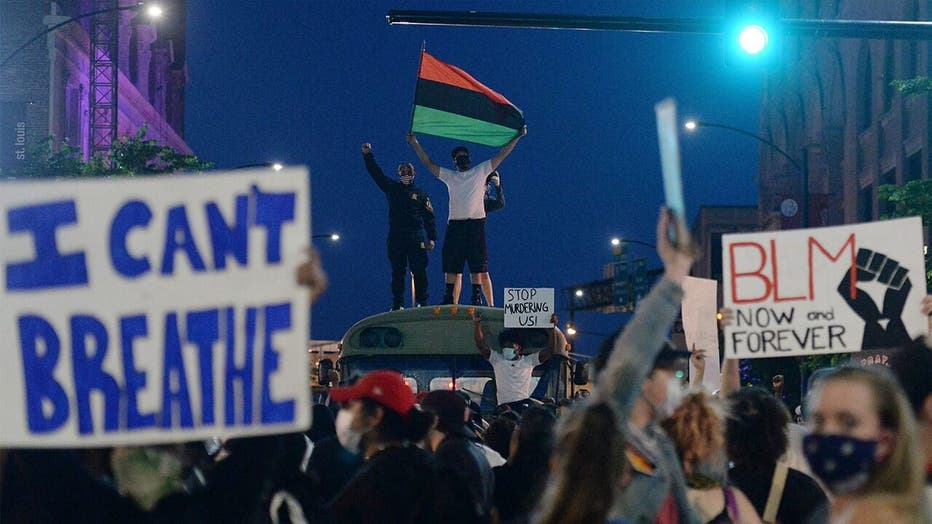 ST LOUIS, MO - MAY 29: Protesters rally as they march through the streets on May 29, 2020 in St Louis, Missouri. (Photo by Michael B. Thomas/Getty Images)

On Friday night, the Pentagon took the rare step of ordering the Army to put several active-duty U.S. military police units on standby to be deployed to Minneapolis.