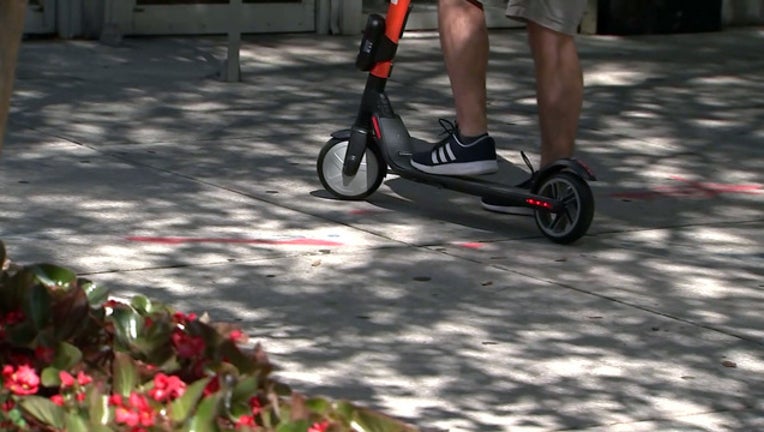 ST. PETERSBURG, Fla. (FOX 13) - Love ‘em or hate ‘em, you could soon see a lot of those rental scooters. They've been zipping up and down the streets of Tampa for months now, but St. Pete may be next.

St. Petersburg city leaders have taken a look at what's gone on across the bay with Tampa's scooter program and haven't loved everything that they've seen. They're still planning to move forward with a program of their own, albeit with some big differences

Tampa's program has had its fair share of issues with riders taking the scooters where they aren't allowed, leaving them where they're not supposed to, and causing safety concerns. A man was killed this summer when he veered into traffic while riding on a busy downtown street.

Some of the key differences the city of St. Pete is proposing include:

- Banning scooter from use on sidewalks: They'd only be allowed in bike lanes on low-speed streets

- Limited operating hours: They'd only be available between 6 a.m. and 10 p.m.

St. Pete's program would also prohibit anyone under 18 from using a scooter, and parents or guardians could be penalized for knowingly allowing a minor to ride. And like in Tampa, there would be no-go zones, including downtown waterfront trails and the Pier.

The city still has more discussions ahead on the proposal, but if all rolls smoothly, St. Pete could launch their scooter program by the end of the year.