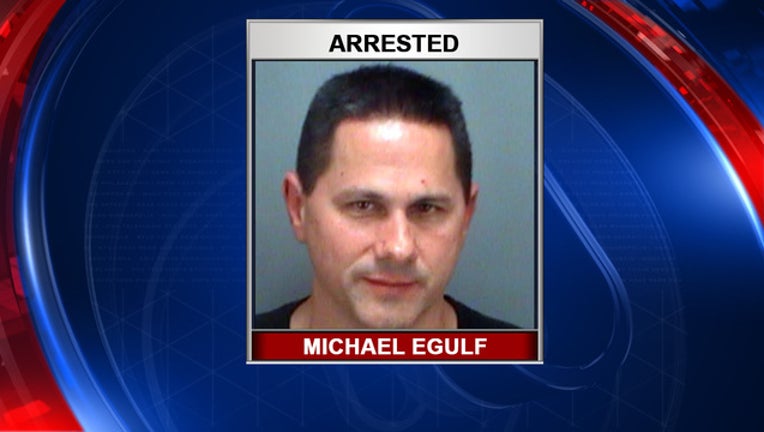 PINELLAS PARK (FOX 13) - When a Pinellas Park police officer pulled over a suspected drunk driver early Sunday, he found one of his colleagues from St. Pete in the driver's seat.

It was just after 1 a.m. when the Pinellas Park officer spotted a swerving vehicle nearly cause a crash at 66th Street N and 118th Avenue N.  The driver, identified as Michael Egulf, had bloodshot eyes, an odor of alcohol, and was unsteady on his feet, according to the arrest report.

The report states Egulf declined to do any field sobriety tests but blew a .180 and .181 BAC -- more than twice the legal limit.

The 49-year-old was charged with DUI and released on his own recognizance.

Egulf is a detective with the St. Petersburg Police Department.