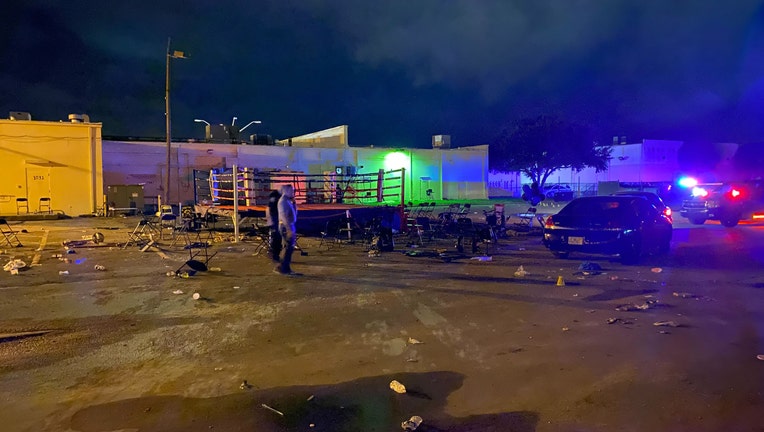 Officers responding to a call of a person shot in the area of 1079 62nd Ave. South found a "making shift boxing ring" set up behind the plaza in a parking lot.

Police say a fight broke out between two groups that attended the boxing matches around 8:15 p.m. and five people were shot. One man was taken to the hospital where he died and another victim is in critical condition.

"It's just a large parking area that's right behind the shopping center. And the parking lot is surrounded by a high concrete wall so you really can't see anything from the street behind the shopping center. But it is a full-blown boxing ring with chairs set up and a couple of hundred people attending this boxing match." said St. Petersburg Police Department Spokesperson Yolanda Fernandez.

Anyone with information is asked to call the St. Petersburg Police Department at 727-893-7780 or text SPPD plus your tip to TIP411.