Man who died after Skyway 10K remembered for charitable works

With less than a mile to go, 48-year-old Justin Doyle had a cardiac event. He was later pronounced dead. His brother wants him to be remembered for the work he did raising money for cancer research.

ST. PETERSBURG, Fla. - A new report from St. Petersburg Fire Rescue says confusion about location and trouble clearing a path were two main reasons why it took first responders 22 minutes to reach a runner in trouble.

During the Skyway 10K in March, 48-year-old Justin Doyle was barely a mile from the finish line when he collapsed.

According to the report, there was confusion as to where Doyle was located. First responders told he could be found at mile-marker five, but it was unclear if he was at mile-marker five of the race or the bridge. Those two locations are seven miles apart.

Also, there was no designated lane for emergency vehicles. Ambulances were caught in traffic, and were too large to navigate through crowds. 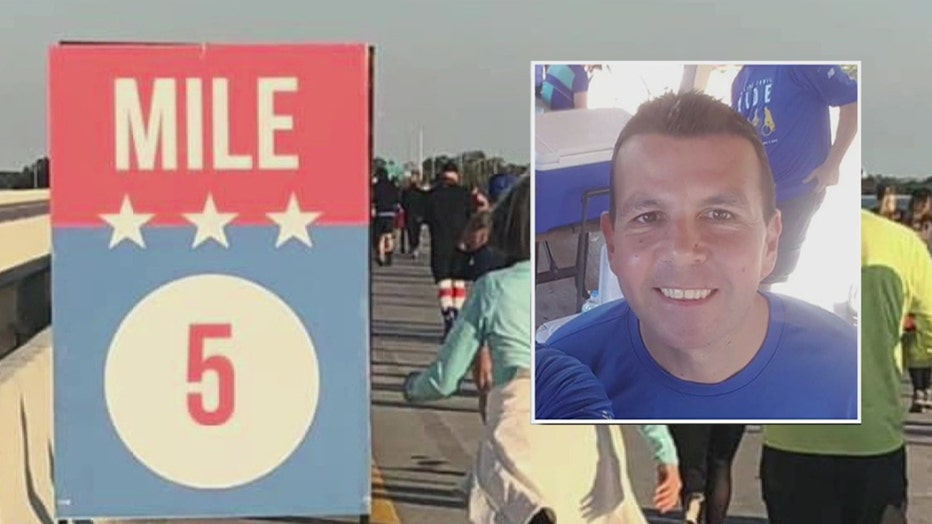