ST. PETERSBURG, Fla. - The city of St. Petersburg is launching an investigation into why it took over 20 minutes to get an ambulance to a dying man who collapsed during Sunday's Skyway 10K.

Justin Doyle, 48, of St. Pete, collapsed just after he passed the fifth mile-marker on the bridge.

Other runners who stopped to help waited so long for an ambulance that they wound up putting him in a passing school bus instead, even though several witnesses told FOX 13 that there was an ambulance within sight.

First responders from several agencies are meeting at 2 p.m. Thursday to discuss the incident.

Norma Brennan is one of several people who stopped to help Doyle shortly after he collapsed.

"I held his right hand, someone else held his left hand," Brennan recalled.

"While she was compressing, we felt a pulse. As soon as she stopped, there was no pulse," said Brennan. "He wasn't breathing at all. His eyes were open the whole time and every time he would look, I would beg him to breathe."

Another passerby called 911 at 7:47 a.m. FOX 13 obtained a screengrab of that person's call log, showing the 46-second call.

The caller also sent a letter to Gov. DeSantis, Mayor Kriseman and other leaders, saying he saw a motorcycle officer drive over to a nearby ambulance, but still, no ambulance came to help.

"We could see an ambulance, lights blaring," said Brennan. "Everyone was waving trying to get the attention."

Instead, they flagged down a passing bus that was taking runners back to Tropicana Field.

Yet another passerby took a photo of Doyle being loaded onto the bus. The photo's timestamp is 7:58. 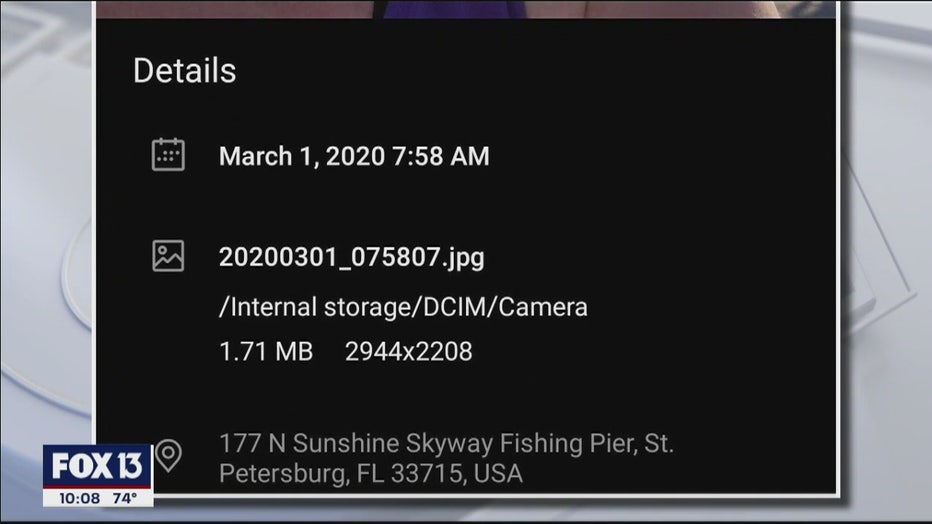 Another picture shows the transfer from school bus to ambulance happening at 8:11. 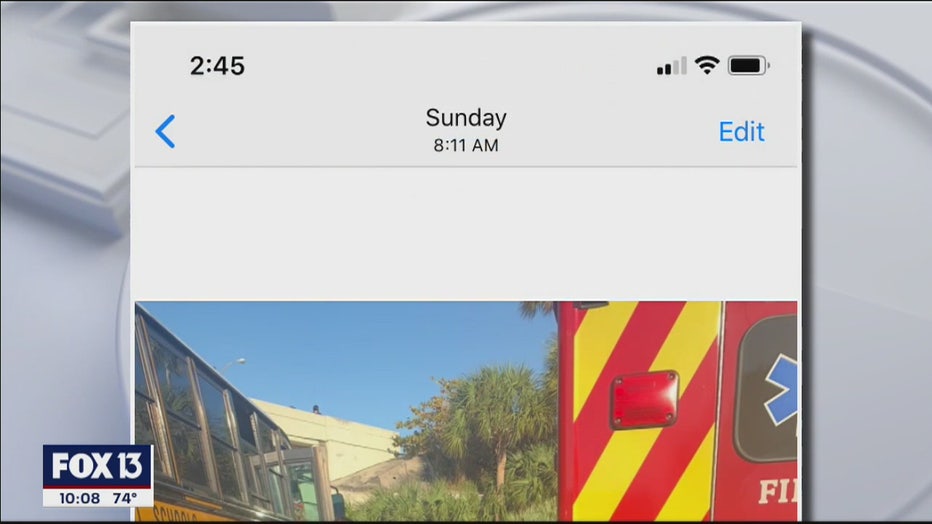 "[That is] totally unacceptable," said Brennan. "I feel so badly for his family. If that were me, my husband, anyone who was with us, anyone, you would expect help a lot sooner than that."

Sources say the investigation is partially focused on the possibility that there was confusion between dispatchers and ambulance drivers about where Doyle was. Both callers and dispatchers may not have realized that mile marker five on the course was different from the bridge's permanent mile marker five, which is seven miles away.

A nurse practitioner and witness sent a letter to Mayor Kriseman and race organizers that says while on the scene, troopers told her there was confusion about which agency should respond, presumably St. Pete Fire Rescue or Manatee County.

She finished her letter saying, "I am not sure how any of the organizers of this event or the EMS teams can be comfortable with the way this was handled. I would like to know what the plan is in the future to keep this from happening again."

Organizers of the race say they are in full cooperation with the investigation. Justin Doyle's family says they are solely focused right now on grieving and have asked for privacy.

No one can know if quicker attention in an ambulance could have saved Doyle's life.