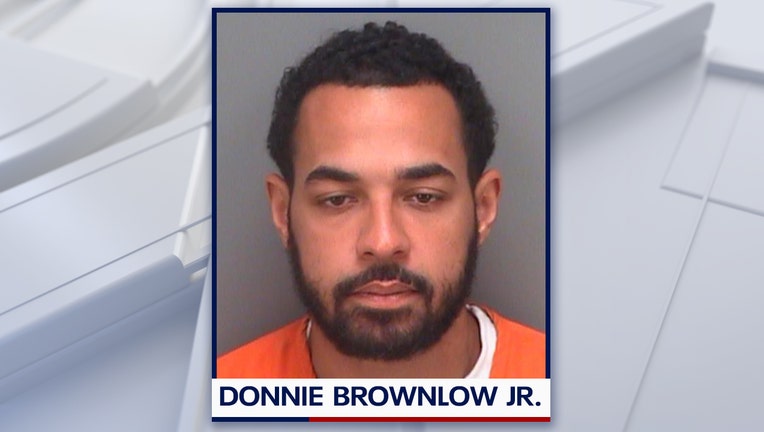 TREASURE ISLAND, Fla. - During an arrest, Treasure Island police said the man they had in custody escaped before jumping into Boca Ciega Bay while still handcuffed. He later died.

Around 7:30 p.m. Sunday, police responded to 111 104th Avenue after receiving a report of a domestic disturbance. During the investigation, they said they arrested 33-year-old Donnie Brownlow Jr. for domestic battery, obstruction, felony driving while license suspected or revoked, and violation of probation.

Police did not provide additional details surrounding the case.

Jail records show Brownlow had a lengthy history with law enforcement in Pinellas County, dating back to 2013. Previous arrests include fleeing and eluding a police officer, aggravated battery, child neglect, several DUIs, and driving on a suspended or revoked license.

Brownlow was taken to the Treasure Island Police Department to wait for a jail transport van. Officials said while he was being escorted to the van in handcuffs, they said Brownlow broke free from an officer, ran toward Boca Ciega Bay, and jumped into the water.

Paramedics pulled him from the water and performed CPR. Police did not provide the amount of time between the time Brownlow jumped into the water to when he was pulled out.

He was taken to Palms of Pasadena Hospital where he passed away around 9:40 p.m.

Police said his death does not appear to be suspicious, but the Medical Examiner's Office will conduct an autopsy.