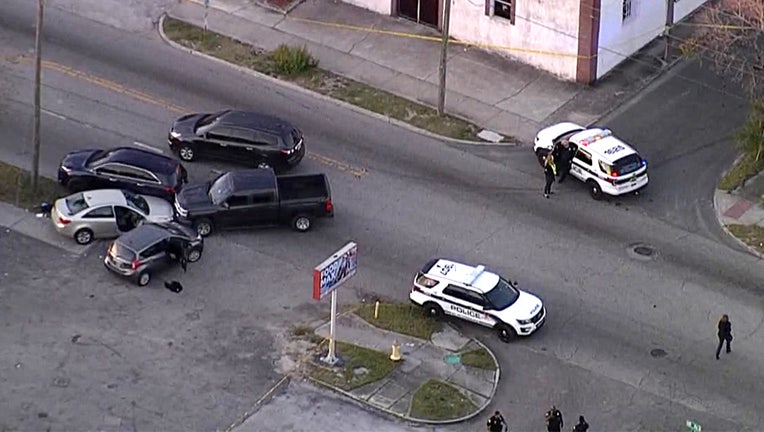 ST. PETERSBURG, Fla. - The officer who was shot in south St. Pete on Wednesday was released from the hospital the following evening, officials said.

The St. Petersburg Police Department made the announcement Friday morning, adding he "is expected to make a full recovery." The officer was not identified.

Investigators said officers caught up with the suspect, 20-year-old Dominique Harris, outside the Food Max store Wednesday with the intention of arresting him on child abuse charges. He was wanted for allegedly attacking a 15-year-old boy and was also a suspect in a murder.

Police said when they approached Harris Wednesday, he refused to cooperate and rammed his vehicle into a cruiser. Then, he began firing a handgun, Pinellas County Sheriff Bob Gualtieri said.
Officers returned fire, hitting Harris 38 times by five or six officers.

Harris was treated by paramedics but later died at the hospital, Gualtieri said.

The officer who was shot and hospitalized was not identified.