ST. PETERSBURG, Fla. - The expansion of the Dali Museum will be in the hands of voters. Museum leaders want to add space to the west side of the building for education, interactive experiences and conferences, Hank Hine, the director of the Dali Museum, said.

"We don’t have enough space for that, because our building was built really just for the purpose of displaying the art," Hine said.

If voters approve the referendum, it would let the city amend its 99-year lease with the Dali, which would allow the museum to expand. Hine said they want to build on a 40-foot-wide strip of property that stretches from the Dali’s parking lot entrance to one of the entrances to the Mahaffey Theater’s garage.

"We have grave concerns with just the process and the potential disruption, what it means for our overall operation with respect to parking and traffic control and loss of parking revenue," said Joe Santiago, the general manager of the Duke Energy Center for the Arts Mahaffey Theater. 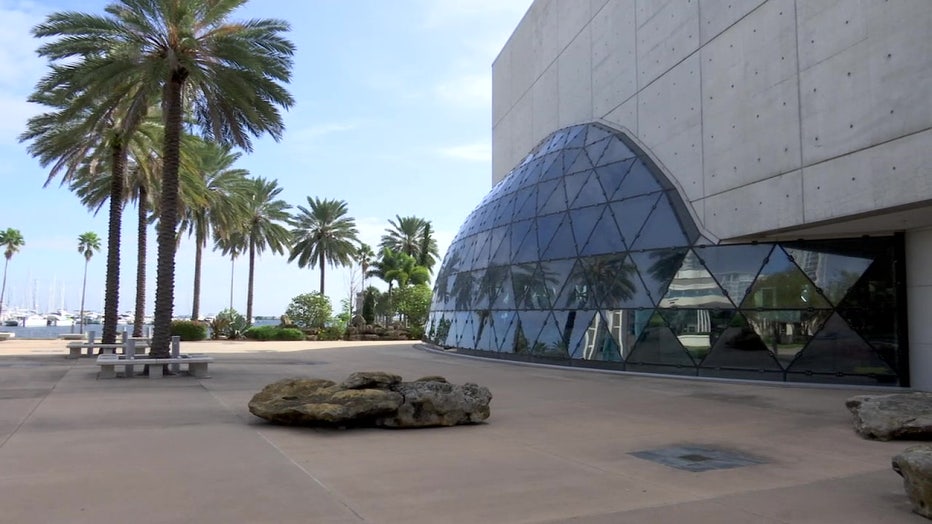 Santiago said the 40-foot strip acts as a main artery into its parking garage. He said the expansion, if approved, would cause traffic and parking problems.

Earlier this week, a plane flew over downtown St. Petersburg pulling a sign reading, "Vote no on the Dali. Save the Mahaffey Theater!" Santiago said they didn’t have anything to do with the plane, but they are worried.

"It’s a big impact to us and has a lot of potential for a lot of traffic backups and traffic disruptions," Santiago said. "We bring in buses. We bring in on our education performance series, 30 buses of children, and we need every access point that we can get and to lose one of those is detrimental for us."

PREVIOUS: Stalemate over use of city-owned land puts Dalí Museum expansion on hold

Santiago said some nights, 1,100-1,200 cars enter the parking garage and surrounding area for shows. He said he wants voters to consider how much the theater has done for the community and that a Dali expansion could "possibly disrupt our operation."

Hine said they’ve talked about plans with the theater and with the city to build another entryway into the parking garage. The referendum also said the Dali would have to address how the project would affect the theater and the Grand Prix.

"There are many ways, as you can see when you look at this open area of the Mahaffey garage, many ways to get in," Hine said. "It harms no one, and it lifts all boats. We have more experiences here at the Dali. We serve our students and community better and everyone benefits."

City officials said Hine approached them about creating a new entryway to the garage, but hasn’t produced a plan for it yet.

Hine said he and the architect shared plans with Bill Edwards, of the theater, and Santiago about one year ago. The plans haven’t changed since.

Last year, about 320,000 people visited the Dali, Hine said. According to the Museum’s projections, the expansion would bring in $179 million in annual economic impact.

The project will cost about $55 million, Hine said. He said the Tourist Development Council agreed to pay half of the cost. If voters approve the referendum, Hine said the project would be finished by 2025.

City council approved the project over the summer, but it’s currently zoned as waterfront property, so it has to go to a referendum.