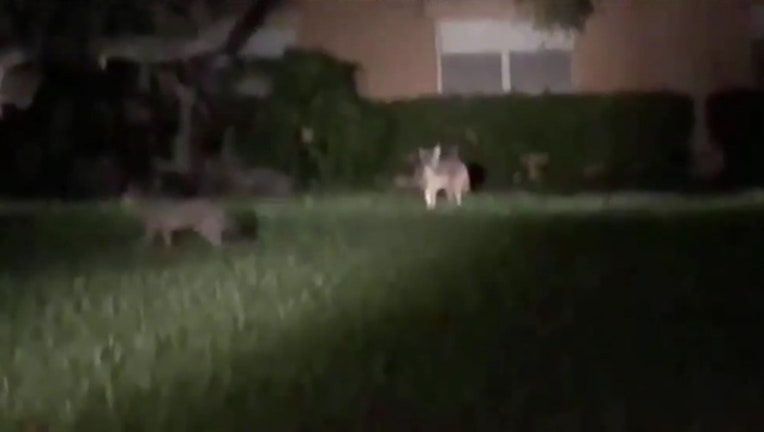 ST. PETERSBURG (FOX 13) - St. Petersburg police are warning pet owners to keep their furry friends indoors after several coyotes were spotted in the northern part of the city.

Pinellas County Animal Control says dead chickens and family pets have been targeted since the coyotes made their way to Florida in the 1970s.  In mid-July a man lost three of cats following coyote attack in the Eagle Crest neighborhood.

Coyotes usually weigh anywhere from 25 to 40 pounds and their bushy tails are usually black-tipped.
Human attacks are extremely rare. Experts recommend walking your pets with a leash and avoid leaving trash and pet food outside.