Nine-year-old Aubrey Bauman got the surprise of a lifetime from her favorite cast.

WINTER HAVEN, Fla. - Aubrey Bauman is a theatre fanatic. The 9-year-old from Winter Haven, Florida was devastated when she found out her birthday present, a performance of "Hamilton" in Jacksonville, was postponed due to the novel coronavirus pandemic.

"I went in my room and screamed," Aubrey recalled. 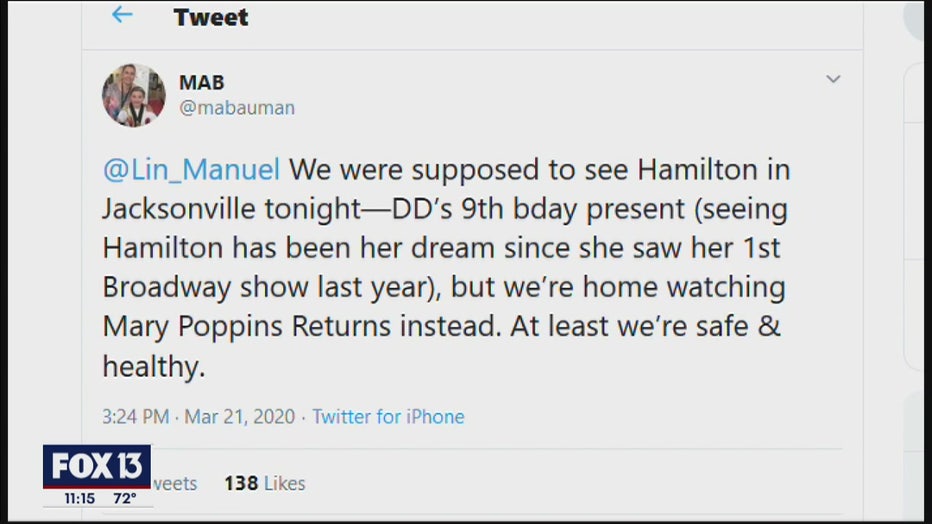 "I tweeted that we were supposed to be at 'Hamilton' that night and that we were going to stay home and watch 'Mary Poppins' instead," she wrote, tagging Lin Manuel Miranda, who stars in both the musical and movie.

That tweet eventually led to the Zoom video chat of a lifetime for Aubrey. She found herself as the surprise guest on A-list actor John Krasinski's Youtube series "Some Good News," which highlights heart-warming stories he finds across the internet.

Krasinski surprised Aubrey with a gift.

"When this is all over, I will fly you and your mom to New York and you will see 'Hamilton' on Broadway, how does that sound?" he asked in the video. 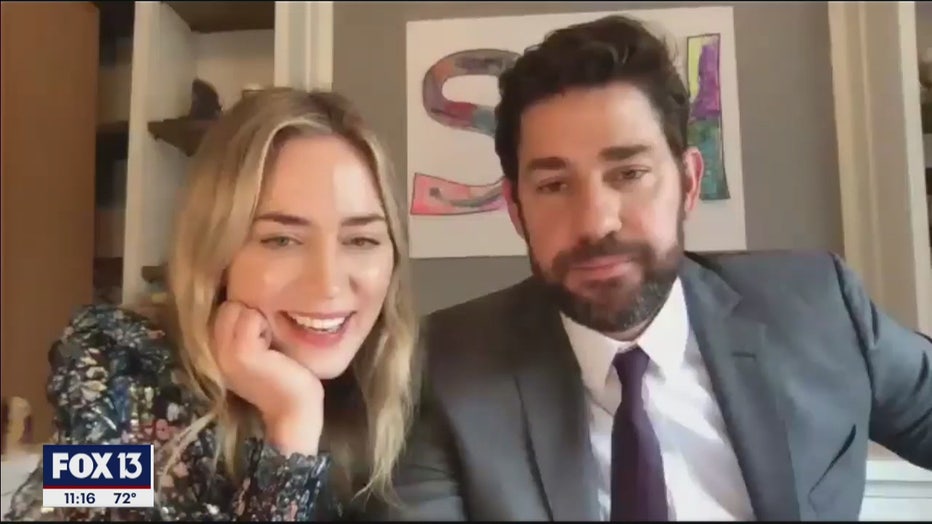 And the surprises just kept coming.

"That's when I saw her almost jump out of her seat going, 'It's him!'" Mary Ann recalled. 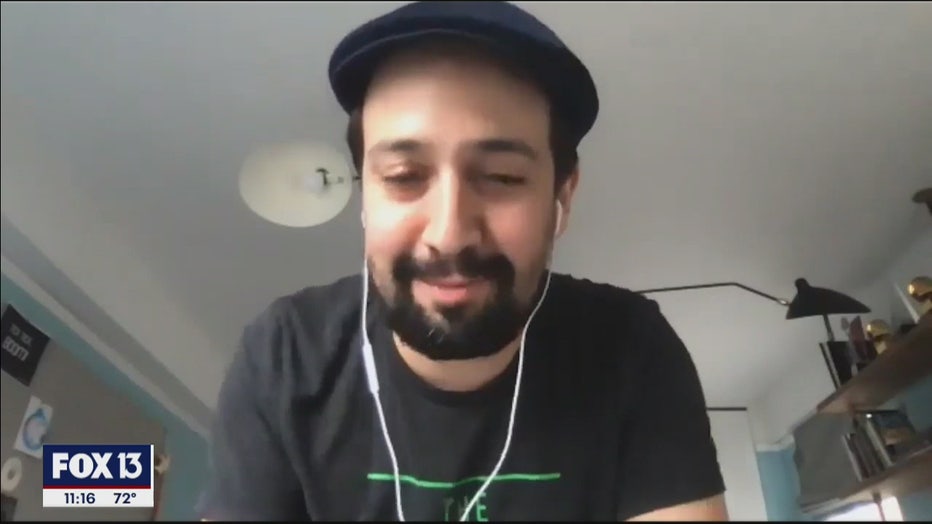 "I thought I was dreaming the entire day. Couldn't have been real," Aubrey added.

Then came the encore, literally.

The entire original cast of "Hamilton" joined the call and sang the hit song "Alexander Hamilton." 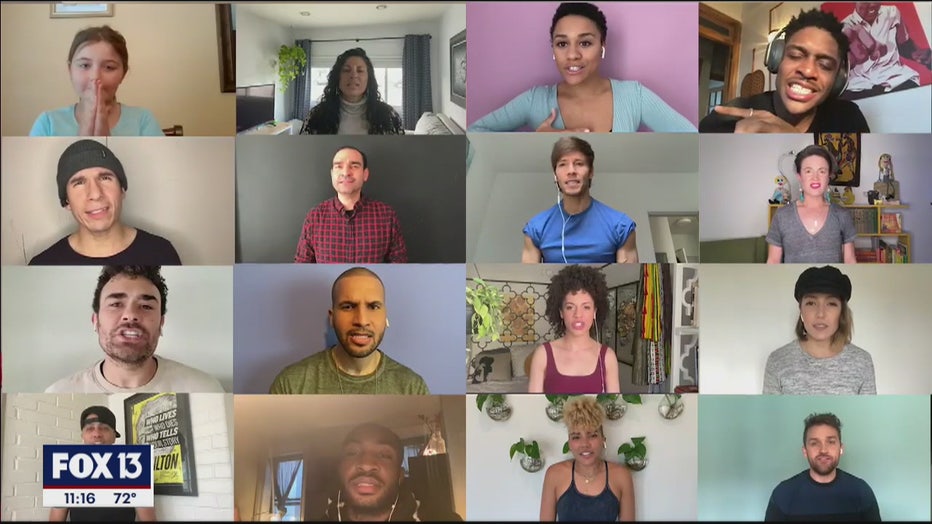 "I was like, 'Am I having delusions? This is not real,' and you are speechless," said Aubrey.

Millions of views later, the clip has become the talk of the internet.