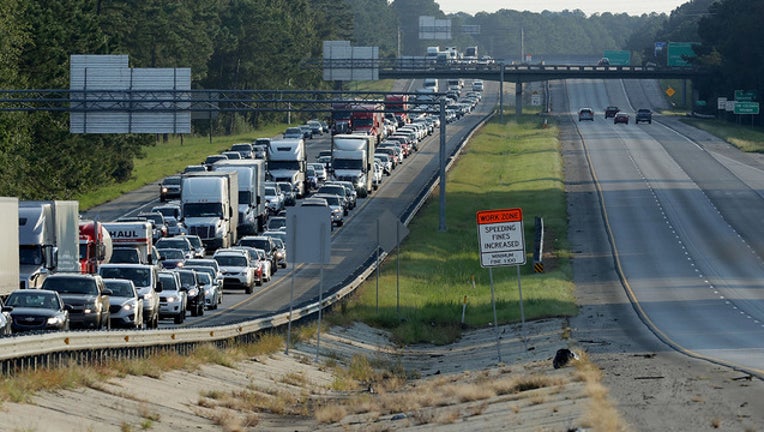 Southbound lanes of I-95 are empty as northbound lanes are packed as pepole evacuate ahead of the arrival of Hurricane Irma. (Photo by Chip Somodevilla/Getty Images)

TALLAHASSEE (NSF) - Opening road shoulders to traffic when hurricanes or other disasters threaten Florida will continue to be the primary way to speed evacuations rather than converting all traffic lanes to the same direction.

Michael Dew, secretary of the Florida Department of Transportation, told members of the House Select Committee on Hurricane Response and Preparedness on Thursday that too many safety impediments remain to making highways one-way for evacuees, a process known as “contraflow,” which is used in coastal areas of Georgia and South Carolina.

Instead, Florida will continue to use paved shoulders as extra lanes, a process used on northbound Interstate 75 between Wildwood and the Georgia state line and along westbound Interstate 4 from Tampa to Orlando as Irma approached.

“Let me be very clear this morning,” Dew said. “If our research, modeling or traffic-operations data showed that contraflow or one-way operations on highway corridors were safe and effective, we would take whatever actions were necessary to implement such plans.”

“Our research on this issue has shown that one-way operations come with a number of challenges, drawbacks and unintended consequences,” Dew said.

Reversing the direction of half of a highway would require at least two law-enforcement officers at each interchange. It also can only be done during daylight hours and would limit the ability of relief operations and fuel trucks to travel into impacted areas. In addition, it would limit the options for motorists on reversed lanes to exit for fuel, food and lodging due to closed ramps, and would lead to backups where lanes merge as the contraflow comes to an end.

David Casto, the emergency management director in Sumter County, which includes Wildwood, said the use of shoulders by evacuees works but needs some improvements, including public awareness.

“I don't think the public knew about that plan,” Casto said. “The public didn't understand when they saw that barrier saying, `Go left, get on this shoulder.' And then they hit those rumble strips, psychologically something happened. And some of those issues have to be worked on.”

Dew said his department's future design standards for highways will include emergency shoulder use.

The Department of Transportation estimated that the law-enforcement needs for emergency shoulder use on I-75 would require two officers, while contraflow on the road would take 120 officers from other pre-storm work. Along I-4, the projections are similar.