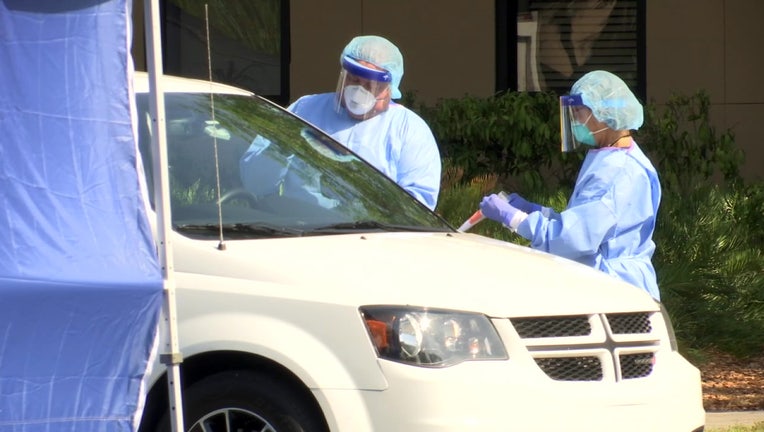 TALLAHASSEE, Fla. - As the number of infections in long-term care facilities approached 1,000, Gov. Ron DeSantis announced Monday that the state will begin a push to test nursing home residents and staff members for the novel coronavirus.

DeSantis said the state will dispatch 10 four-member teams to areas that have been hardest hit with infections, including Miami-Dade, Broward and Palm Beach counties. Combined, the Southeast Florida counties accounted for nearly 32 percent of the infections in long-term care facilities as of Monday morning.

“They’ll be taking samples from all willing individuals in each facility, both staff and residents. It’s critical to identify people who test positive as early as possible, and this will help us do that,” DeSantis said.

It is Florida’s largest testing effort in long-term care facilities and comes weeks after a federal Centers for Disease Control and Prevention report found that COVID-19, the respiratory disease caused by the coronavirus, “has the potential to result in high attack rates among residents, staff members and visitors” after being introduced into facilities.

DeSantis said the testing would initially be done by four-member teams and in conjunction with the Florida National Guard.

“Doing strike teams, I think, would be good for the residents. But I also think it would be good to identify this with staff so appropriate staff can be isolated and we can prevent an outbreak among staff at nursing homes and long-term care facilities,” DeSantis said. “This is an important additional protection and an additional step.”

The state last month directed nursing homes and assisted living facilities to exclude visitors, except in compassionate cases, and require facilities to screen staff members. Also, on April 3, Agency for Health Care Administration Secretary Mary Mayhew told long-term care providers that the Florida Department of Health  would  allow hospital-based physicians to order COVID-19 tests before transferring residents back to nursing homes as a way to hold down the spread of the virus.

The DeSantis administration has refused to release the names of the facilities with infections. Instead, Florida only reports numbers of cases statewide and by county.

The decision to increase testing came as the cases involving long-term care residents or staff members reached 962 on Monday morning. In all, 53 of the 67 counties had cases in long-term care facilities.

The News Service of Florida reported last week that the Suwannee Health and Rehabilitation Center in Live Oak was the source of a cluster of infections in the North Florida community.

A Live Oak City Council member told the News Service that he worried about the staff and residents. “I don’t want to be like the place in Seattle on TV every night where they start hauling them out of there, dead,” he said.

As of Monday morning, Florida had 20,601 overall confirmed cases of the virus, and 470 residents had died. But it was not clear how many deaths involved long-term care facilities.

DeSantis repeatedly noted throughout a news conference Monday that hospital admission rates have been “flat” for the last week. He also noted that more than 40 percent of the state’s hospital beds are empty.

“We’ve worked very hard to make sure our hospital system would hold up over this period,” DeSantis said.  “Right now, the hospitalizations are basically flat. That’s a good sign, but we look at it one hour at time. one day at a time, and we just keep trying to do the right thing.”