An Idaho state trooper said he took a "leap of faith" to catch a rescued cat and stop it from running into a snowy forest, with video showing the athletic moment posted to Facebook on Feb. 3. (Credit: Idaho State Police via Storyful)

Video captured an Idaho state trooper taking a "leap of faith" to catch a rescued cat from running into a forest on the side of a highway during a traffic stop.

Trooper Enrique Llerenas rescued a cat and two dogs from inside a van that was occupied by two people who were in possession of "multiple controlled substances," police said.

Llerenas put it upon himself to take care of the animals inside the van and said the dogs were "as friendly as could be," but the cat was particularly anxious.

While Llerenas waited with the animals until a shelter worker arrived, the cat decided to make a break for it and ran towards the nearby forest.

Video showed Llerenas jump into action, leaping and catching the cat just barely before it could escape. 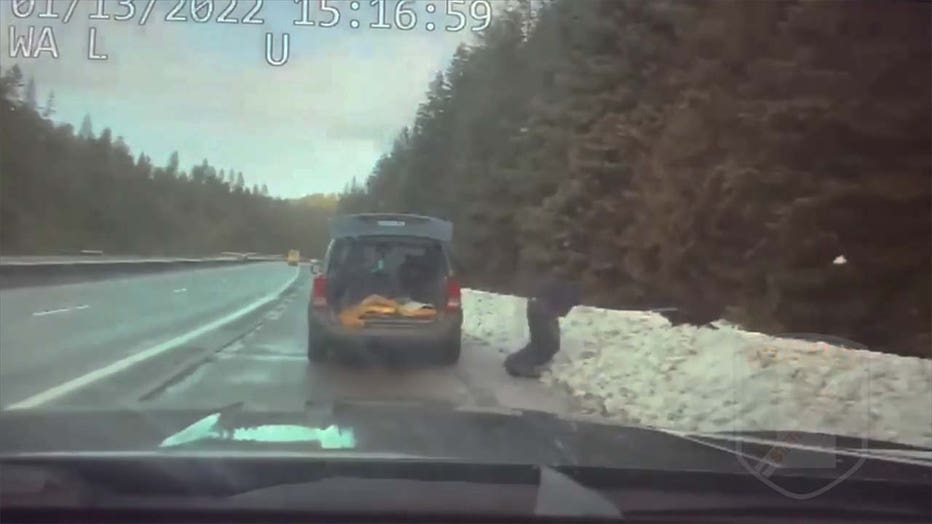 The trooper can be heard in the video saying, "I liked you, but not anymore, kitty" as he returned the furry critter to safety.

Storyful contributed to this report. This story was reported out of Los Angeles.