ST. PETERSBURG, Fla. - Strong winds brought down a large crane on Interstate 275 Thursday night, blocking traffic for more than one hour and leaving some drivers shaken, but thankfully no one was injured.

Now, drivers and officials want to know what’s being done to prevent it from happening again.

It was just before 11 p.m. when a tornado-warned storm swept across Pinellas County, blowing over a crane at the Roosevelt Boulevard exit. The National Weather Service confirmed Friday an EF-0 tornado touched down around the same time. 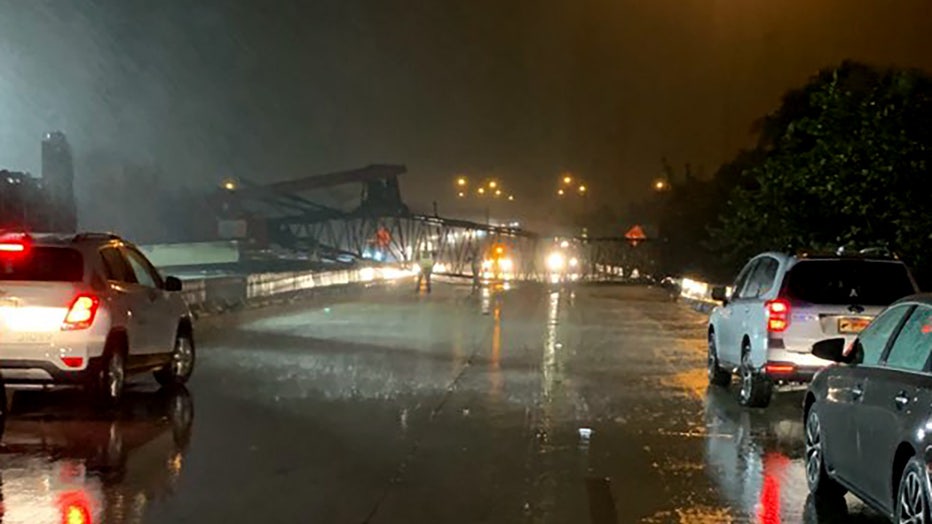 "I actually heard like a rumbling and I thought it was maybe thunder," witness Chris Ellington said. "I see everybody hitting their breaks and I just see this giant thing, I don’t even know, it just came crashing down and slid and everybody else did next thing I know there's a giant crane laying right across the interstate."

The crane - part of the Archer Western/DeMoya Joint Venture Gateway project - wasn't operating at the time, but it was still upright as the storms rolled in. Union crane expert Donnie Hall has been operating cranes for more than 20 years. He questions why the crane was still upright with a predicted storm on the way.

FOX 13 reached out to the Florida Department of Transportation to get the answer.

"While the contractor knew inclement weather was incoming, it was not anticipated that such strong winds would be arriving at that time. At no point did the contractor anticipate to work through such hazardous conditions," an FDOT spokesperson said. 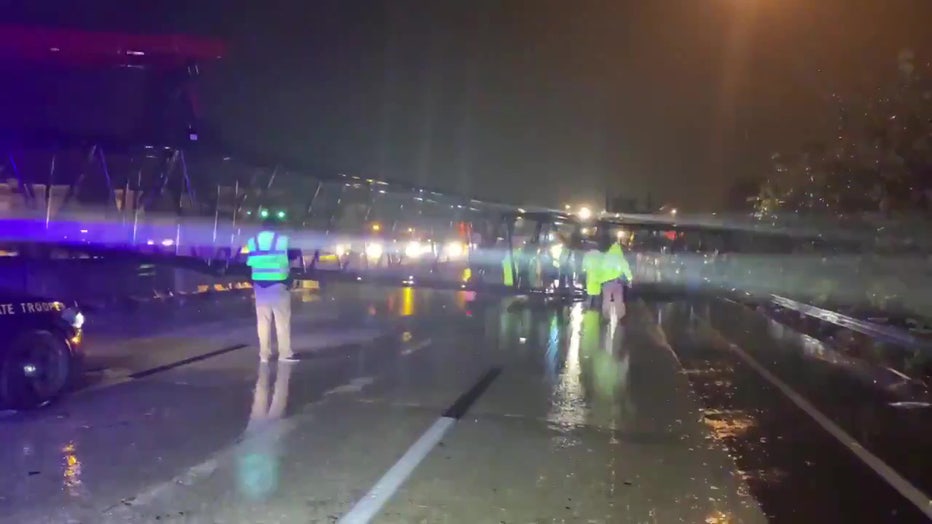 Hall says he has been trained to lower to a crane anytime severe weather is in the forecast, but acknowledged training can differ between contractors.

"With the warnings that we had and the high winds that were coming and the weather, yes I am surprised that the crane wasn't dropped down," Hall said.

FDOT says it does not have specific rules for crane safety during severe weather, saying it’s left up to the contractor. FOX 13 reached out to the Walsh Group to learn more about their safety plan, but haven't heard back.