TAMPA, Fla. - Hundreds of high school students from at least three high schools across Tampa Bay held walkouts to show their opposition to Florida’s so-called "Don’t Say Gay" bill that is poised to end up on the governor’s desk for a signature and to be made law.

In a large protest at Brandon High School, students shouted, "We say gay" in response to the bill.

Supporters say it would give families more authority to take legal action against school districts they believe are in violation of the bill, which they call the "Parental Rights in Education" bill.

The bill does not prevent students or teachers from saying the word "gay," but it would prevent lesson plans about gender identity and sexual orientation, in kindergarten through third grade, or in a manner that is not "age-appropriate." 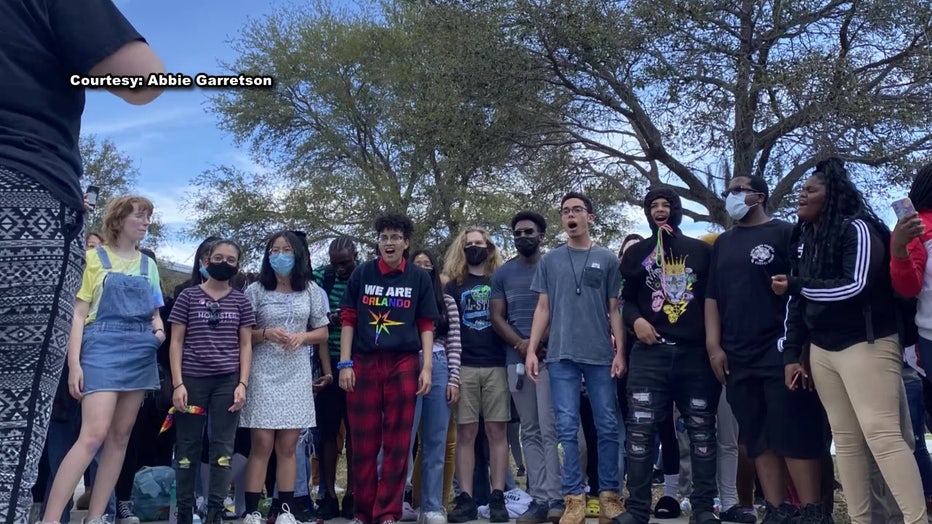 Opponents worry the bill could remove teachers as a lifeline for vulnerable LGBTQ students of all ages.

Organizers of the walk-out at Brandon High School said they have friends, who knew at a young age that they were part of the LGBTQ community, and who needed to feel comfortable discussing it in school. 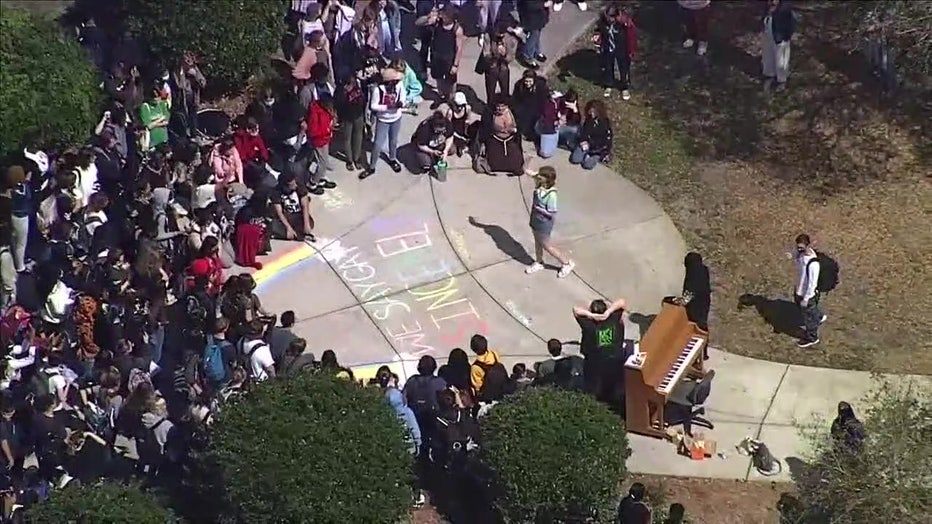 "I think the basis of what the bill is saying is that being gay or liking the same gender or being transgender is inherently wrong," said Abbie Garretson, a student at Gibbs High School.

However, supporters of the bill believe these topics should be left up to parents to discuss. 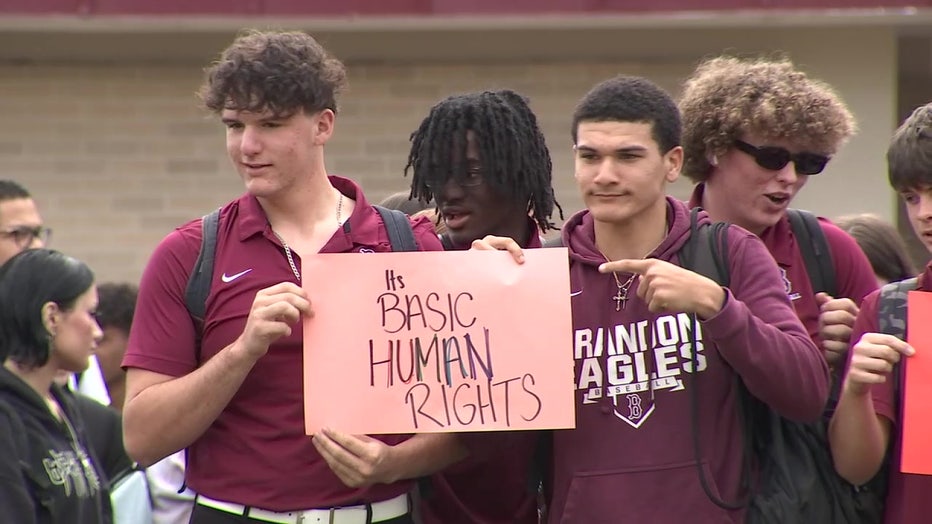 "We are moving and have been moving in a direction of empowerment of parents that they're supposed to be in charge," said State Sen. Dennis Baxley (R-Lake County), a sponsor of the bill.

The next step is a full vote in the state senate. It's unclear when that will happen, but the governor has signaled he will sign the bill if it comes to his desk.