Using music to bring joy to the community

SUN CITY CENTER, Fla. - A group of Sun City Center men are using music to bring joy to their community.

Their sound is one of beauty. The Sun City Center Men’s Chorus has been soothing the souls of audiences for more than 50 years.

"Started way back in 1963, when Sun City Center was just beginning to be developed," said Peter Aluotto, President of the Sun City Center Men's Chorus. "There were very few houses back then, very few highways back then, and so many of the men got together and formed the Glee Club, and it started out as a glee club. And over the years, as the population grew, the chorus grew, and they took on more challenging projects."

That led the 4-part harmony singers to take their act on the road.

READ: Band made up of retirees hopes to inspire next generation of front porch pickers

"We sing in local churches. We sing at adult living facilities, we sing at RV parks. We sing just about anywhere we're welcome to sing," Aluotto said. 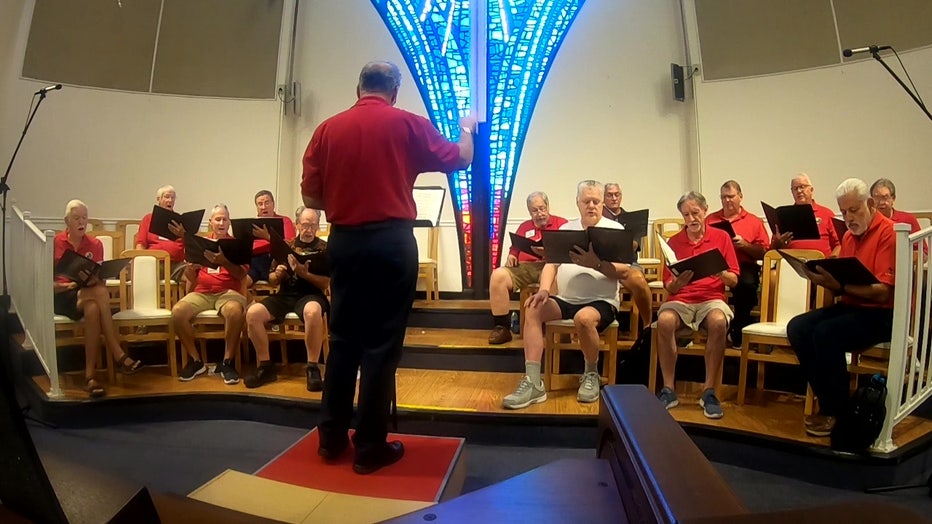 The men's chorus at SunCity Center has been bringing joy for more than 50 years.

Theirs is music to the ears of musical director Kevin Goodenow. His dad was a pipe organist and his mom was a musician, too.

"My family was a musical family. And so I've been singing and playing instruments all my life, pretty much. And I love music," he said.

The chorus sings spirituals, country and pop music. Kevin says the beauty of music is that it's the universal language.

"Music expresses things to us that maybe we can't speak," he said.

The chorus has performed the national anthem at Tropicana Field for the Tampa Bay Rays. Their regular shows are 30-90 minutes, and the group has about 35 members. Anyone who would like to join should call 813-634-4110.