Bank customers were frustrated and without answers as many struggled to get access to their money.

"It's not in and out anymore. You have to just be patient and wait and sometimes you're not patient. You're annoyed," bank customer Karen Spangenberg said.

Spangenberg has been with SunTrust Bank for more than 35 years. Wednesday, she tried to get money out of the ATM, but her debit card was declined, despite having cash in her account. Bank customer Cherie Peterson ran into the same problem.

"It makes me not trust them. I don't know whether to stay with them," Peterson stated.

The problems come days after Sun Trust Bank merged with Truist Bank which was set to go through on February 19. Customers were told to activate their new debit and credit cards on Feb. 21, but when they tried to use many were declined. 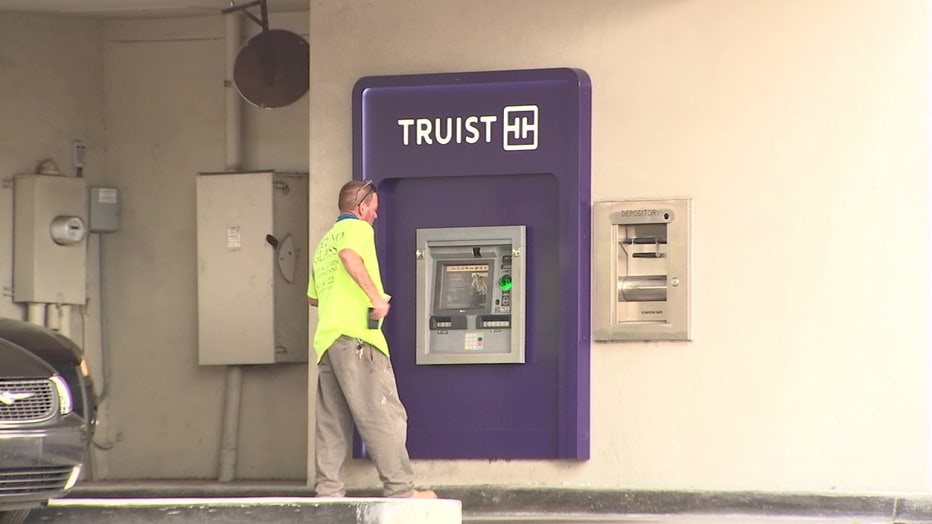 Some are now taking to social media to raise concerns. A complaint group on Facebook now has more than 200 members.

"It has changed completely since they merged. It's like they're understaffed," Spangenberg commented.

The company apologized to customers in a statement posted on their website.

"Our Truist Contact Center is experiencing high volume, creating longer wait times. Please know our teammates are working diligently to help clients as quickly as possible," the statement reads. "Your relationship is very important to us, and we apologize for any inconvenience and frustration this may be causing you."

Peterson hopes the problems get sorted out and soon.

"It was very scary because I thought, you know, I don't know anything about this bank. What if the money doesn't come through. What if this continues to happen," Peterson said.