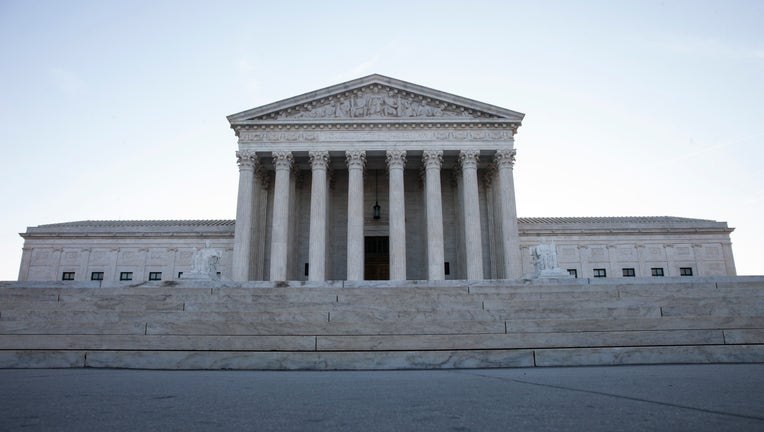 WASHINGTON (AP) - The Supreme Court announced Monday that it is postponing arguments for late March and early April because of the coronavirus, including fights over subpoenas for President Donald Trump's financial records.

Other business will go on as planned, including the justices' private conference on Friday and the release of orders in a week's time. Some justices may participate by telephone, the court said in a statement.

Six of the nine justices are 65 and older, at higher risk of getting very sick from the illness, according to the Centers for Disease Control and Prevention. Justices Ruth Bader Ginsburg, 87, and Stephen Breyer, 81, are the oldest members of the court.

There is no new date set for the postponed arguments. the building has been closed to the public since last week.

The only other time the 85-year-old court building was closed for arguments was in October 2001, when anthrax was detected in the court mailroom. That led the justices to hold arguments in the federal courthouse about a half mile from the Supreme Court.

Within a week and after a thorough cleaning, the court reopened.

In 1918, when the court still met inside the Capitol, arguments were postponed for a month because of the flu pandemic. In the nation's early years, in August 1793 and August 1798, adjustments were made because of yellow fever outbreaks, the court said.