The Supreme Court has refused to hear a request from former President Donald Trump that a special master be allowed to review classified documents seized from his Mar-a-Lago residence in Florida. The U.S. Court of Appeals had previously limited the special master's review to the non-classified documents and Trump was seeking to reverse that order.

WASHINGTON - The Supreme Court on Thursday rejected former President Donald Trump’s plea to step into the legal fight over the FBI search of his Florida estate.

The justices did not otherwise comment in turning away Trump’s emergency appeal.

Trump had pressed the court on an issue relating to classified documents seized in the search authorized by a federal judge of Mar-a-Lago.

The Trump team was asking the justices to overturn a lower court ruling and permit an independent arbiter, or special master, to review the roughly 100 documents with classified markings that were taken in the Aug. 8 search of Mar-a-Lago.

A three-judge panel from the Atlanta-based U.S. Court of Appeals for the 11th Circuit last month limited the special master’s review to the much larger tranche of non-classified documents. The judges, including two Trump appointees, sided with the Justice Department, which had argued there was no legal basis for the special master to conduct his own review of the classified records. 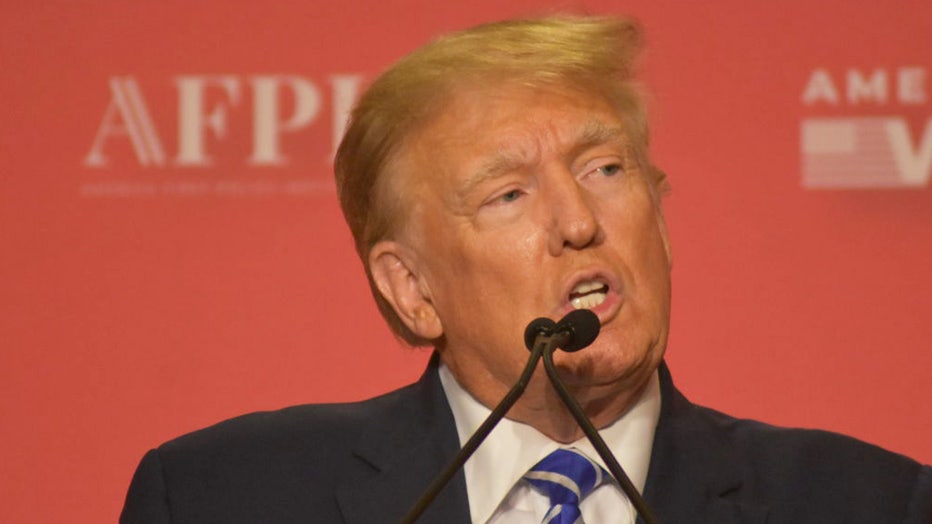 But Trump’s lawyers said in their application to the Supreme Court that it was essential for the special master to have access to the classified records to "determine whether documents bearing classification markings are in fact classified, and regardless of classification, whether those records are personal records or Presidential records."

The Justice Department said in a Supreme Court filing that Trump’s request had no merit.

Raymond Dearie, the special master appointed by U.S. District Judge Aileen Cannon is directing lawyers for both the Department of Justice and former President Trump to appear in a New York federal courthouse on Sept. 20 for a "preliminary conference."

The FBI says it seized roughly 11,000 documents, including about 100 with classification markings, during its search. The Trump team asked a judge in Florida, Aileen Cannon, to appoint a special master to do an independent review of the records.

Cannon subsequently assigned a veteran Brooklyn judge, Raymond Dearie, to review the records and segregate those that may be protected by claims of attorney-client privilege and executive privilege. The Justice Department objected to Dearie’s ability to review the classified records, prompting the 11th Circuit to side with the department.