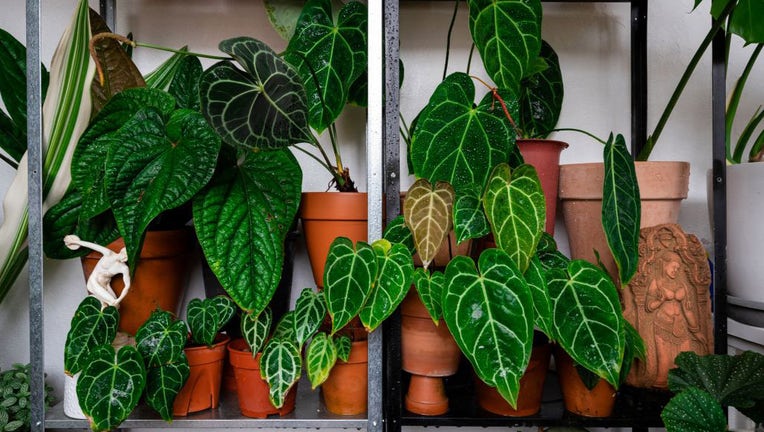 Do you talk to your plants? Nearly half of people who participated in a recent survey said they do — and it may even help a person’s mental health by doing so.

The survey, conducted in August by Trees.com, asked 1,250 people in the United States about their plant-talking habits. It found that 48% of people admitted talking to their trees and/or plants, and of those who do, one in five said they speak to their plants every day.

Many of those who speak to their greenery said there are also some added benefits. About 62% of respondents said it helps their own mental health to talk to plants and 65% said they believe it helps them to grow.

The survey specifically asked why and how often people talk to their plants. A "connection to the elements," "thinking out loud," and "thanking them for their beauty" were all cited as reasons for chatting with them. Nearly a quarter (24%) said they think of them as pets.

"We asked survey respondents a few questions that non-plant lovers might deem strange. It turns out that 64% of plant-talkers do believe that their plants have souls or spirits," Trees.com said of its survey.

Regardless of how often an individual actually speaks out loud to their plants, previous research has found that exposure to plants and green space is beneficial to both mental and physical health.

Several trials have shown benefits to one’s mood and mental health from simply observing nature, or even images of natural scenes, according to research published in 2018.

Another Japanese study, published in late 2019, found that indoor plants on a person’s work desk can lower levels of anxiety and stress. The study asked participants of a full-time desk job to take a three-minute break when they felt "fatigued" and to gaze at and care for a small plant.

"Our study indicates that having opportunities to gaze intentionally at nearby plants on a daily basis in the work environment can reduce the psychological and physiological stress of office workers," it concluded.