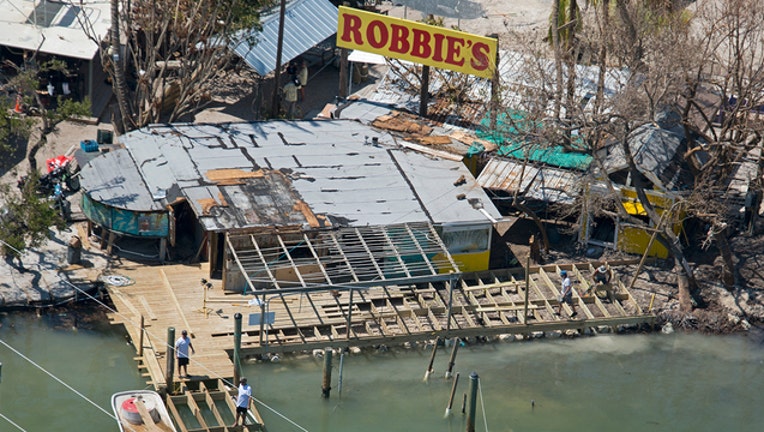 Workers make repairs to a dock at Robbie's Marina on September 19, 2017 in Islamorada, Florida. Workers around the 125-mile island chain are effecting to repair damage caused by Irma. (Photo by Andy Newman/Florida Keys News Bureau via Getty Images)

The Bureau of Economic and Business Research at the University of Florida found that every Keys city and the unincorporated areas of Monroe County lost residents between 2017 and 2018.