VENICE, Fla. - A woman was murdered in a Sarasota County bank drive-thru lane, just moments after the bank opened for business this morning.

According to the Sarasota County Sheriff’s Office, a man drove up behind the victim just before 9 a.m., pulled out a gun, and pulled the trigger.

The 911 call came in moments later about a shooting at the BB&T bank on Pointe Loop Drive in Venice, which is near Tamiami Trail and Jacaranda Blvd.

Deputies found the woman's body in the parking lot. They believe she was by herself in the vehicle.

Detectives say there were a number of witnesses, from bank tellers working the drive-thru to customers inside the bank. 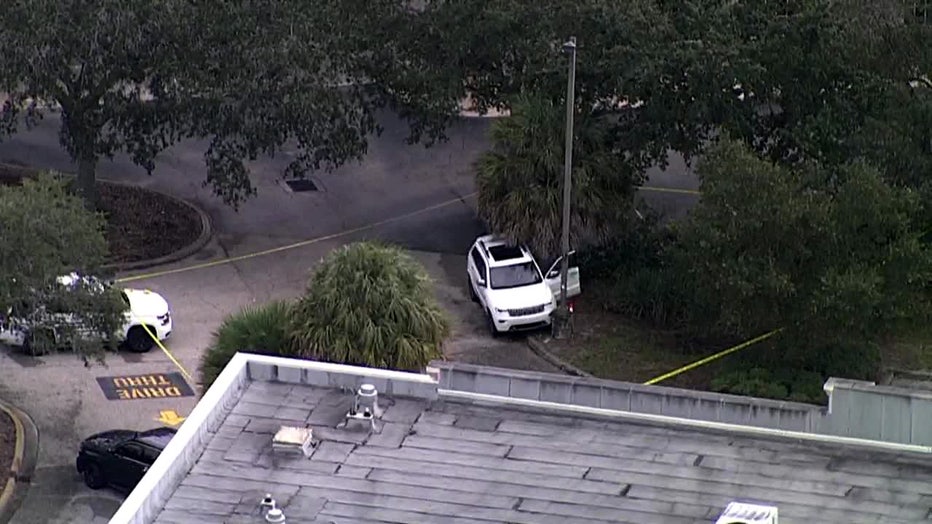 The Sarasota County Sheriff’s Office has not released the name of the victim or the suspected gunman. They caught up about 10 minutes after the shooting. He was only a mile away, just off Jacaranda Blvd. and Princess Lane.

The suspect was taken into custody.

“We believe there was a relationship [between the gunman and the victim]. Exactly what, we don’t know,” offered SCSO Capt. Joe Giasone.