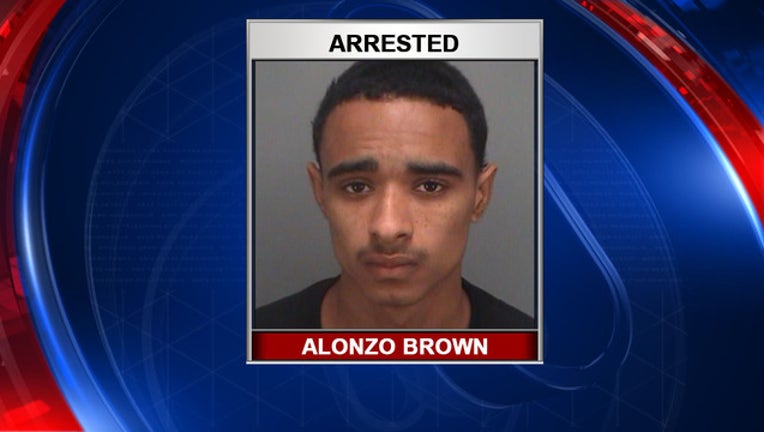 ST. PETERSBURG (FOX 13) - Police have arrested a suspect in a Sept. 4 hit and run crash and subsequent armed carjacking in St. Petersburg.

Police said Alonzo Brown, 18, was going more than 100 MPH when he slammed into another car near 4th St. North and 110th Ave. The other driver was injured but was expected to be OK.

Brown, who had a head injury, fled on foot, and when a Good Samaritan offered to help him, police said Brown showed the man a gun and demanded he drive him to a nearby apartment complex, where Brown fled on foot.

Police spotted Brown on Sept. 11 on 9th Ave. South and 15th St. and arrested him without incident.