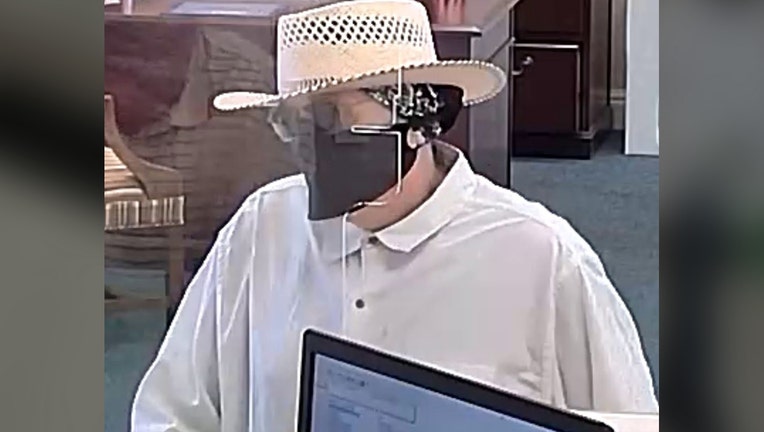 SEMINOLE, Fla. - Investigators are trying to track down the person who robbed the First Citizens Bank at 13700 Park Boulevard in unincorporated Seminole just after 4 p.m. Monday.

The Pinellas County Sheriff's Office said the suspect came into the bank, pointed a handgun at the teller and demanded money.

An undisclosed amount of money was loaded into a bag and the robber took off.

The suspect is described as a white male, wearing a long sleeve, button-up shirt, dark pants, a black bandanna on his head, covered by a straw hat, and a black face mask. 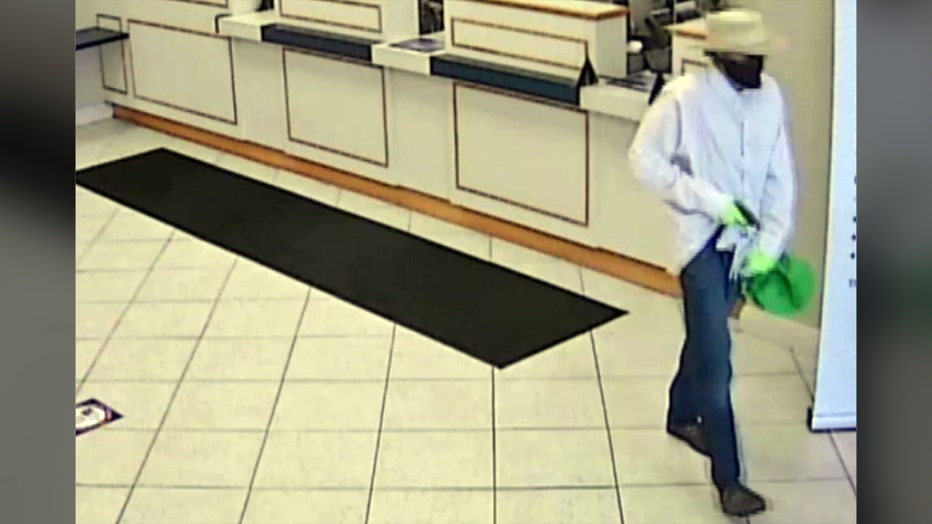 Anyone with information about the robbery or the suspect is asked to contact Detective Nicole Thompson at 727-582-6200 or nthompson@pcsonet.com.