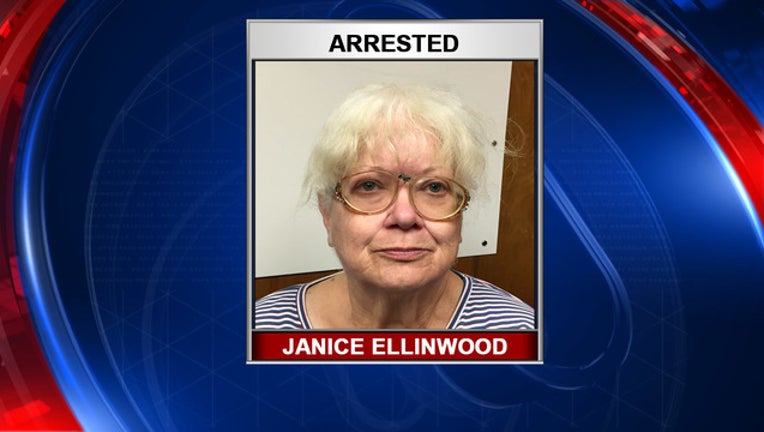 ST. PETERSBURG (FOX 13) - A woman accused of robbing a bank in St. Pete last week is under arrest.

Janice Ellinwood turned herself into police this afternoon.  They say the 65-year-old passed a note to a teller at a Bank of America saying that she had a bomb.

In surveillance pictures, she appeared to be wearing a wig, heavy clothing, and carrying a white bag.

After leaving the bank, she took off in a minivan.