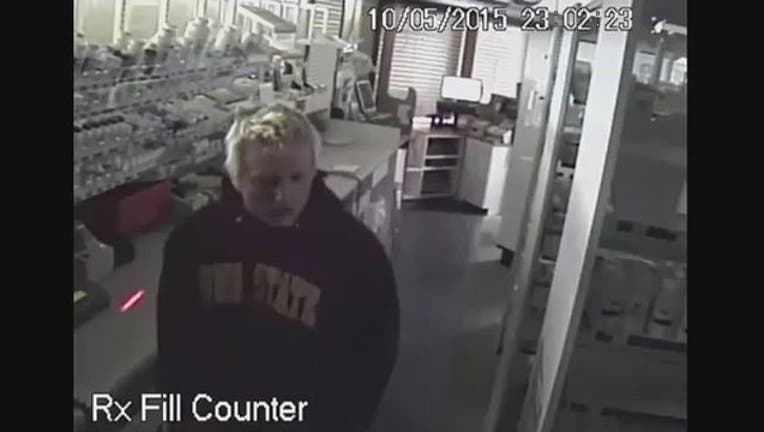 ST. PETERSBURG (FOX 13) - Police in St. Pete say a tip led them to the man seen walking out of a local Walgreen's with $100,000 worth of prescription painkillers.

According to detectives, the tipster said the man seen in store surveillance footage resembled someone who had been seen several times at a local gym.  Investigators compared video from the gym to video from the store and agreed it was a match.

Shortly before noon today, detectives caught up with Cale Gilmen, sleeping at a relative's home on Indian Rocks Beach.

They say the 21-year-old -- who had since shaved his head -- was under the influence of drugs when he was arrested and was taken to Largo Medical to be treated.

Police say they recovered a "large quantity" of prescription drugs from under his bed but they were still in the process of taking an inventory.

Gilmen faces a burglary charge, though additional charges are coming.