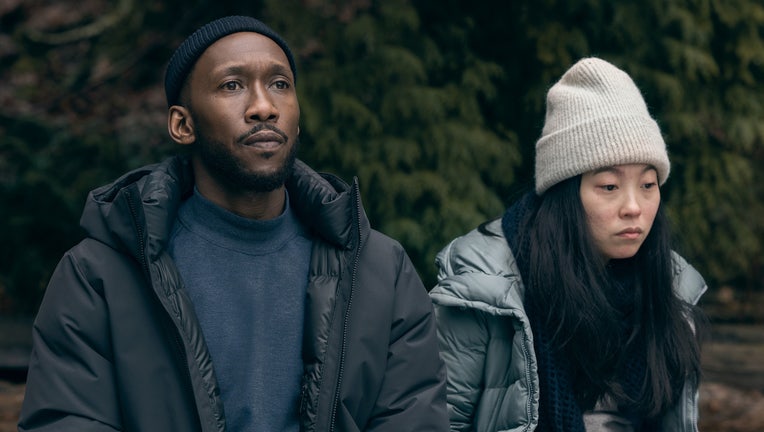 CHICAGO - If you knew you were dying and you could somehow spare your loved ones the heartache of your absence, would you do it? Even if it meant letting them live a lie?

That’s the essential question underpinning Irish writer-director Benjamin Cleary’s "Swan Song," a mournful sci-fi thinker that plays out as a headier, more humanistic "Black Mirror" episode. This time, the phones aren’t too much; they’re what might just solve our thorniest existential problems.

The result is a sleepy, sentimental but occasionally gripping take on how we grapple with our own inevitable departure from this mortal coil, centered on a dual performance from Oscar winner Mahershala Ali ("Moonlight") that’s staggering in its subtle intricacies. 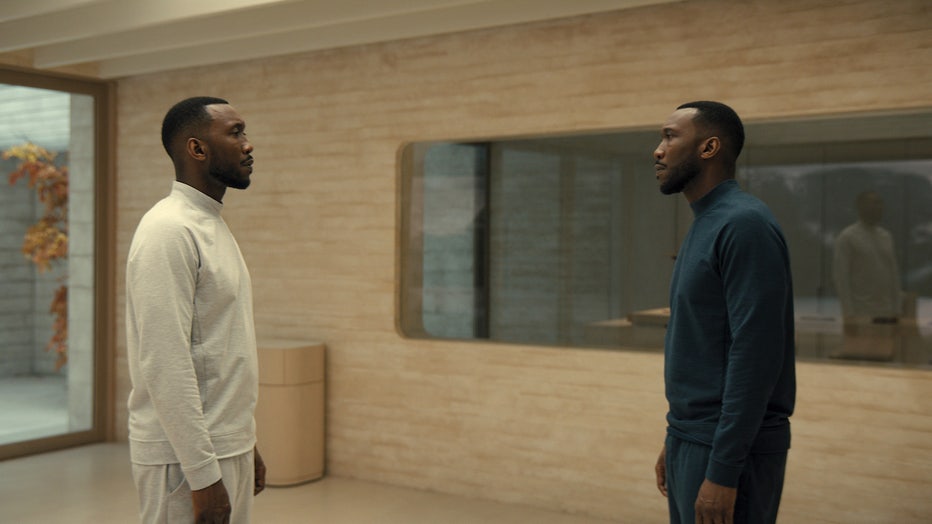 In its opening flashback, "Swan Song" elegantly introduces us to both our protagonist and his setting. As director, Cleary conjures a minimalist cyber-topia, one filled with elegant, gesture-activated floating UIs and contact lens/airpod combos that essentially transform the population into cyborgs lost in their own technological bubbles.

Cut to the present, and Cameron is dying of a mysterious illness that causes dangerous seizures; the next one might well kill him at any moment.

Rather than tell Poppy and their young son the heartbreaking truth, Cameron seeks out an experimental treatment devised by reclusive scientist Dr. Scott (Glenn Close): Scott will create a perfect clone of Cameron (sans the terminal illness, of course), then upload a copy of his memories. The clone’s memories of the facility are then wiped from his mind, and he’ll leave to live the rest of his life as the "real" Cameron, with the family none the wiser.

It’s the kind of high-concept dilemma you could only explore in science fiction, and Cleary’s take is refreshing in its refusal to take its eye off the philosophical ball. A pulpier version of this story would position the real Cameron and his clone as hero and villain or zoom in on the dubious morality of Dr. Scott’s practices.

But Cleary and Ali aren’t interested in such familiar developments. Save for some momentary paranoia about clone-Cameron — called Jack for the duration of the ‘trial period’ — the drama centers squarely on Cameron’s own reckoning with his mortality and the enormity of the decision he’s about to make for himself and his family.

"Swan Song" often suffocates under its own minimalism 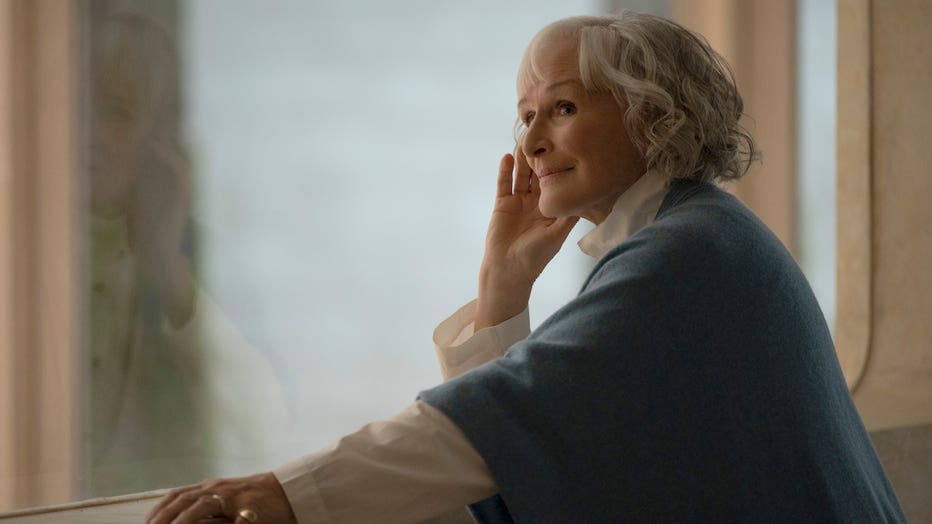 Such single-minded dedication to its premise often threatens to make "Swan Song" feel dull or repetitive: Cleary’s patient filmmaking (aided by Masanobu Takayanagi’s naturalistic, overcast cinematography and Annie Beauchamps’ two-days-into-the-future production design) is transparently fueled by the premise, with the cast members who aren’t Ali too often reduced to being just another piece of set dressing.

RELATED: The essential musicals of 2021: "West Side Story," "Encanto," "In the Heights" and more

This is especially true of Harris’s Poppy, who doesn’t get much of a life of her own. She’s the sad, beautiful and supportive wife Cameron is leaving behind, and that’s about it. A subplot involving another ‘client’ of Dr. Scott’s (played by Awkwafina) is similarly thin, adding little to the story beyond foreshadowing Cameron’s own journey.

By exploring the technological conceit through only this one man’s experience, Cleary ignores a host of other ethical questions that would be raised by the film’s very premise. (Dr. Scott’s procedure is pro forma presumed to work without a hitch; and what would Poppy say to such a decision anyway?)

See "Swan Song" for: an intriguing concept and a magnetic lead actor

Yet Ali’s two-pronged performance buoys the film’s shaky, staid foundation. That’s especially true once Cameron is fully ensconced in the cloning process and the patient has to spend some me time with… well, himself.

Both versions of the man are virtually identical, save for a conspicuous freckle on Jack’s palm to confirm which one is the clone. The only real difference between them is the circumstances of their creation.

In both roles, Ali ekes out miraculous nuances to differentiate the two, even by a matter of molecules. It’s more than subtle changes in Cynthia Ann Summers’ cozy costuming. Both men are baffled and fascinated by the process (and each other) in different ways, and it’s the interiority Ali infuses in these two men that makes for the most gripping sequences in "Swan Song."

As a thought experiment and a showcase for Ali’s talents (infuriatingly, this is his first solo lead in a feature film), "Swan Song" finds unexpected grace in questions of how to deal with the impending end of life and what to leave behind for the world and your family.

But like the sanded-smooth edges of every piece of technology in this future world (all of which feel like something Apple — who distributed this film — could conceivably announce at a keynote any day now), "Swan Song" strays too far away from the dirty little vagaries of human life. What should be sad, vulnerable and flawed feels antiseptic.

About the writer: Clint Worthington is a member of the Chicago Film Critics Association. He is the founder and editor-in-chief of The Spool, and a Senior Writer at Consequence. You can find his other work at Vulture, Nerdist, RogerEbert.com, and elsewhere.

Before "Swan Song" plays, stream these sci-fi titles (for free!) on Tubi

Battlestar Galactica (2004-2009): One of the very best contemporary space operas came into being as an oddball TV reboot (you can stream the original series for free, too). Three Emmys, many Cylons and one devoted fandom later, it’s regarded as a soon-to-be classic, anchored by great performances from Edward James Olmos, Mary McDonnell, Grace Park, Katee Sackhoff, James Callis and the incredible Tricia Helfer, among others. So say we all. 74 episodes.

Labyrinth (1986): This Jim Henson musical classic stars an unforgettable David Bowie in an unforgettable wig and some unforgettable pants. Bowie plays Jareth the Goblin King, the exuberantly-haired antagonist to Jennifer Connelly’s determined young heroine Sarah. Come for the twists and turns (it’s a layrinth, get it?) but stay for "Dance Magic Dance." 101 minutes. Rated PG.

The Fountain (2006): Auterist filmmaker Darren Aronofsky directs Hugh Jackman and Rachel Weisz in this densely-packed, emotionally rich film, which chronicles "a man's thousand-year struggle to save the woman he loves as he embarks on three quests across three lives." 96 minutes. Rated PG-13.