TAMPA, Fla. - Bassel Harfouch is a rare breed. Not many people can say they're the owner and leading scorer of a professional basketball team.

"They also tend to call me Jackie Moon. [The] player, coach, and owner," Harfouch joked to FOX 13 Sports, in reference to the famous Will Farrell character.

He's not a coach, but two out of three is nothing to be ashamed of.

"It's a blessing to be given the opportunity to do that, but it's just another day," Harfouch said. "I want to provide the opportunity for guys to play, but I at the same time, continue to play my professional career."

Harfouch bought the Titans three years ago and will tip off their fourth season in TBL on April 9.

"Tampa has always been home for me, and I know the potential, the skill level out here," Harfouch said. "There's a lot of guys that are hungry to play, and not everybody gets the opportunity to go overseas or make it to the NBA so why not try and bring a pro team to your home city?" 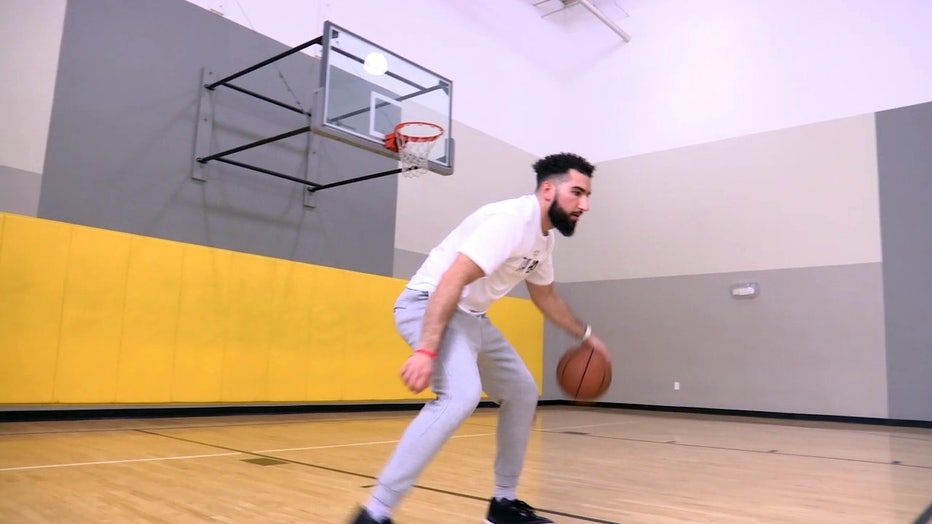 It hasn't always been simple. One year, Harfouch sold his Mercedes Benz just to keep the Titans afloat.

"Actually it was easy," Harfouch said of the decision to sell his car. "The Titans come first. Basketball comes first. It always has. I've always known what I wanted, and that's the game."

"To see guys achieve their goals and their dreams means the world to me, so if I'm able to change someone's life slightly, I've accomplished what I've set out to accomplish."