TAMPA, Fla. - Faith leaders gathered at Lykes Gaslight Park Monday to pray for healing and calm after a weekend of violent protests across the Bay Area and around the country.

They also called for racial equality and an end to the violence that followed the death of George Floyd in Minneapolis.

“This violence is not called for,” said Bishop Matthew Williams of the Church of God In Christ. “It is not helping the case of the Floyd family, and it is destroying what God has given us.”

As the smoke rose from torched businesses, the prayers went out from pastors who say they need to reach out.

“We’ve got to let the younger group that’s out protesting be a part of the solution,” said Rev. Thomas Scott of the 34th Street Church of God. 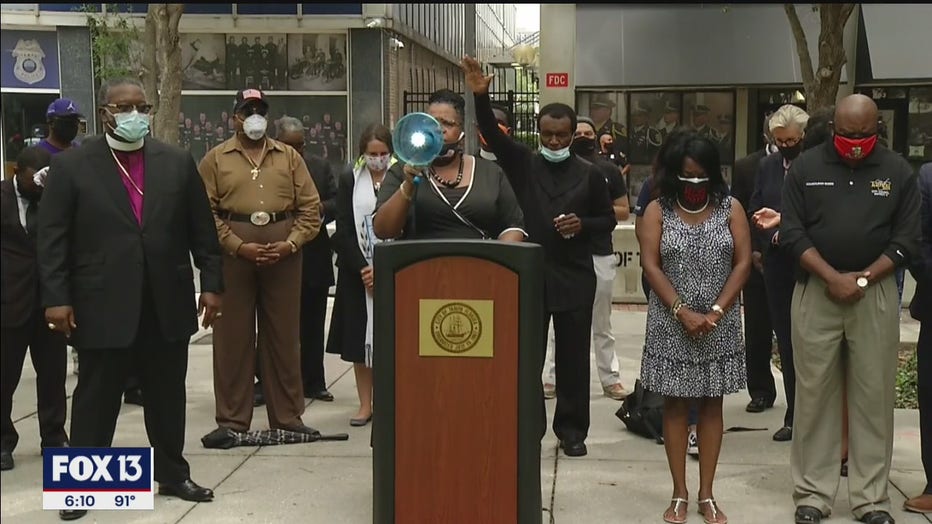 But he said many problems are still unsolved.

“The injustice, the inequality, the educational issues, all those issues are systemic and they’re part of the problem,” said Scott.

The Tampa Bay Coalition of Clergy converged for the prayer event along with city officials calling for calm.

“It’s alright to protest, but do it peacefully. This violence is not called for,” said Williams.

“We have to get out in front of the issue and don’t allow another death to take place,” said Scott.

The city’s pastors promised to open the conversation to talk about the anger and find solutions before the anger spills into the streets again.

After a quiet night with no looting, the city of Tampa will be under a curfew again Monday night, Mayor Jane Castor announced this morning.